Netizens are starting to believe that Golden Child's Bomin has undergone plastic surgery.

On an online community forum, a netizen made a post titled, "Bomin's handsome face gone wrong out of too much greed". In the post, the netizen shared more footage of Bomin's latest appearance, which had recently gained attention for its sudden change.

In particular, netizens emphasized Bomin's jawline, which they found to be slightly uneven. They wrote, "If you look closely at the way his mouth moves, his lips are inconsistent because of the way his jaw has been realigned."

They also commented on his nose and its bone structure, saying that it has been elongated and shifted upwards. They wrote, "it makes his eyes appear as if they are closer together."

After comparing these photos with Bomin's earlier days (below), the netizens blamed his company for "letting him go through with the plastic surgery". They wrote: "I think the company's crazy.....", "No.....why....", "????? I'm a fan of a different group and I think Bomin is already handsome, so why are they letting him do this?".

Another netizen commented, "If you look at this (recent) image below, then you can't really spot much difference, but I don't think it's completely abnormal to see idols get filler shots as they age. Also, I think he has lost a lot of weight."

Other netizens also responded that he must have lost weight, while others wrote with certainty that he has definitely undergone a series of surgeries. A netizen also added that many male idols tend to get plastic surgery on their nose, which has thus become the norm.

It's hard to tell because the makeup is so bad in the after pics.

I think he went under the knife, you can't lose weight in your lips i guess, and there's a whole lot of difference just by looking at his lips.

Actress Lee Da In writes a cryptic message on Instagram, raising speculations that she may have broken up with Lee Seung Gi
3 hours ago   11   23,937

Top male rapper 'A' under police investigation for illegally filming female models in the dressing room on a filming set
8 hours ago   53   35,983 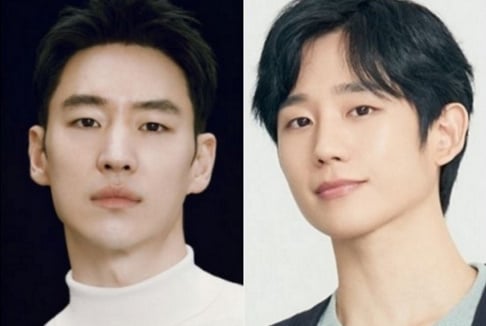