April's Chaewon & Yena say that Hyunjoo is unfairly accusing them as 'assailants' and acting as a 'victim', the truth will be revealed

"Hello, this is April's Chaewon. First and foremost, I would like to apologize to the fans who must have been shocked by the various rumors. I'm sorry for causing concerns.

I wanted everyone in April to become good friends, because I thought that we all had the same goals and were on the same path. I have never intentionally provoked negative relations between any of the members.

After Somin unnie's departure, as the oldest, I did my best to care for each of the members, trying to make sure that we all got along; I especially paid attention to Hyunjoo, who was weak physically and emotionally. We all got along very well, since before our debut when we started preparing for April in 2014 and after our debut as well; all of the members and our families had good relations and I was also in touch with Hyunjoo's mother. I have evidence of this.
If Hyunjoo has any dignity, she will remember this, and the truth will come out.
The rumors involving our manager are also baseless and unfair. There is no way that a manager can turn a blind eye in their business matters, and during those days, our manager also endured a lot of stress due to incidents involving Hyunjoo. There is also evidence of this.

We all debuted at an early age, and we were immature, so everyone struggled mentally. The struggles we endured during those days did not revolve around one person. We all struggled. I do not want to be hurt anymore by excessive suspicions.

Group bullying, mistreatment, physical and verbal assault, insults, attacks against character, they are all false accusations.

I held back because I hoped that the truth would be uncovered at court.

I waited because you cannot just act simply for your own sake.

But I felt that I could not wait any longer. I will make sure that the truth is revealed. Once again, I apologize to the fans who were shocked by these events. Thank you."

"Hello, this is April's Yena.

First, I apologize to everyone for causing concerns.

We hoped that this matter would be resolved clearly through legal procedures, but it has come to a point where we cannot just sit by as the suspicions and accusations grow out of hand.

We all started out at different stages in our lives, but we all came together as one under one goal, and came this far without resting. That is the precious team that is April.

Throughout the years, we endured so many hardships that we should not have. Each of us had points when we were so tired and fed up that we wanted to give everything up, but the members and I bit down hard and just survived, these past 7 years.

We were all so young and wanted to complain, but none of us showed that on the surface, fulfilling our given roles with responsibility. Because we were all so young, it was difficult to even care for one's own health.

Because we were a team, and we all believed that we were in this together, we accepted that we had to catch ahold of a hand that falls behind, going through it together. This was a given. This is why we each did our very best, each in our respective ways. No matter how hard things got, we respected one another, we sacrificed, we wrote letters to one another when we were ill, we celebrated one another's birthdays.
However, I always felt that this particular member pushed us out. They always thought that they were the obvious victim in incidents which involved everyone, and even when things happened unintentionally, they accused others of being guilty. I felt that when that member has no trust in her fellow members, there was no point in trying to work together.

We had to endure the fear and burden of never being certain what would happen next.

We did not get this far because we are strong mentally and emotionally. We are the same people, we all suffered from physical and emotional pain. Those who did not go through those experiences will never know what kind of pain it was.

Why are there people who are acting and talking as if they know what we went through better than us? Were you there when these events happened? Ever since that day, we have again endured and survived, not knowing what's going to happen. How much longer do we have to suffer. How long do we have to go through these things? We are hurt beyond recover at this point.

I'm just so hurt that the 7 years that we worked hard toward have become nothing so quickly.

I'm frightened that actions that I am not guilty of have suddenly become acts I've committed.

Once again, I just want to say that there was no group bullying, mistreatment, physical or verbal abuse. We all went through hardships.

I hope that our members and our fans are no longer hurt by rumors, exaggerations, and insults that I cannot even write here.

I will work hard so that the truth is revealed for the sake of family, friends, and fans who have come to our aid, trusting in us."

Aside from the accusations and denials, if you read between the lines, it's a reminder of how grueling this industry is. Anyway, I'm going to reserve judgement until everything is out. There's always 3 sides to every story. The one side, the other side, and the truth.

At the end of this... someone is gonna look real bad. 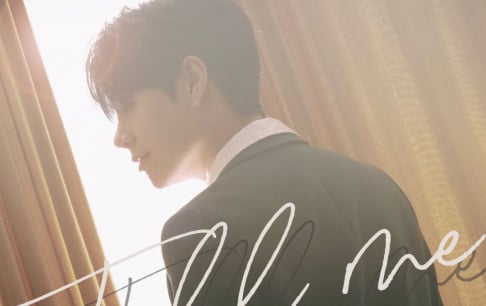