On February 20, VIXX member/solo artist Ravi's label GROOVL1N denied earlier reports, which claimed that Ravi was preparing to enlist for his mandatory military service in June of this year.

According to GROOVL1N, "The reports that Ravi is enlisting in the military this June are false; there are no confirmed plans so far regarding Ravi's enlistment."

Meanwhile, Ravi was born in 1993, which means he will likely have to enlist by the end of 2021. After earlier reports of Ravi's summer military enlistment broke out, many netizens raised questions about potential cast changes in KBS2's ongoing Sunday variety series, '1 Night, 2 Days'.

The whole military announcement thing has just gotten so stalkery! Just let the man live his life, when he has to go he'll go.

Didn't Ravi's bandmates already do their military? Why don't they just all do it at the same time. I think Vixx has milked the kpop for all it was worth to them. Look for an announcement.

Netizens say "April never should have done the interview" as the girl group continues to lose credibility
2 hours ago   17   8,819

Top Korean Soloists who are ruling the Spotify charts with their solo songs
5 hours ago   37   4,976 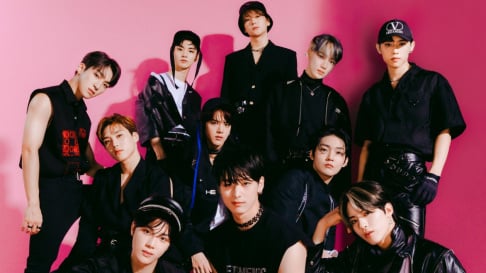 TWICE's Jungyeon displays both chic and soft charms for 'Esquire' + reassures fans that she is healthy and well
41 minutes ago   6   1,347

April members Naeun, Chaewon, Yena, and Jinsol sit down for an interview to talk about 'Hyunjoo's bullying controversy'
1 day ago   89   32,210