'Clio' deletes all photos of Stray Kids, says they will halt promotions with the group for now

'Clio' has deleted all photos of Stray Kids.

The boys were named Clio's 2021 male models after the brand's contract with 2020's Kim Woo Seok ended. However, after Hyunjin's bullying controversy, Clio has decided to remove Stray Kids as a brand ambassador.

We are making an announcement to everyone who loves 'Clio'.

First, we apologize for our brand's late official response to the controversies around a member of Stray Kids. Right after the controversy, our company ended all promotional activities with the model. We heard from the label that it would take time for the clear truth to come out, and we had asked all of our partners both in and out of Korea to stop using promotional material with the model. However, overseas distributors had already received the material a long time ago and we continuously asked them to stop using them, but because of local situations, it has not come to be. The contents with the model have been released overseas as previously planned, and we have not yet received how that will change.

In this process, we apologize sincerely to our customers who felt uncomfortable with our late response. We are still discussing what to do about our future models. We are talking in detail with everyone on how to most effectively address this situation and we will let you know what to do after final discussions.

All the Stray Kids released contents that were uploaded before the issue happened have been deleted, other than from some foreign distributors. We will do our best to continue to listen to our customers.

What do you think about 'Clio's response?

The clear truth has come out and they just need to rest on behalf of their mental health, is that so hard for a company, any company to say(jyp or clio), your just making everyone look bad by saying they still have to say sorry or that they still have to see more information when everything got resolved, and don't come at me and say its a cosmetic company and they do what's best for them, i know that and they are halting all activities so this can die down, its just that seeing these articles is tiring at this point, why are these sites making big articles on it, can't we all let it calm down instead of making a big deal on it---I'm talking to you Allkpop!

JYP Entertainment announces that DAY6 will not promote their new album
2 hours ago   13   9,953

Netizens pick 12 male idols who would receive automatic approval for marriage from parents based on appearance
3 hours ago   15   10,625 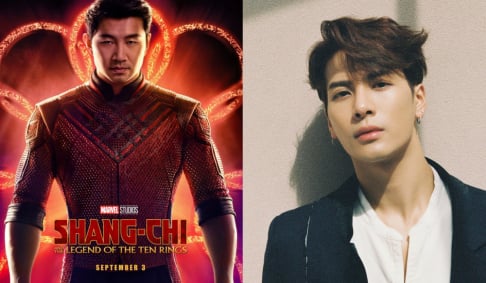 Ham So Won refutes the controversy over manipulating public opinion
44 minutes ago   3   1,297

AKMU's Suhyun confesses she thought about retiring from the music industry
1 hour ago   3   2,589

JYP Entertainment announces that DAY6 will not promote their new album
2 hours ago   13   9,953

April's Chaewon & Yena say that Hyunjoo is unfairly accusing them as 'assailants' and acting as a 'victim', the truth will be revealed
2 days ago   217   54,410

Seo Ye Ji expected to pay billions of KRW in penalties for her breach of advertisement contract
3 days ago   135   141,649