Or rather, it's more accurate to say that he started to actually use his Twitter account. JB actually made the account back in March, but revealed in a conversation with a fan that he'd just made the account and done nothing with it. The account was basically confirmed by BamBam, who had cute exchanges with the GOT7 leader.

Excuse me, but it's Jay B now. 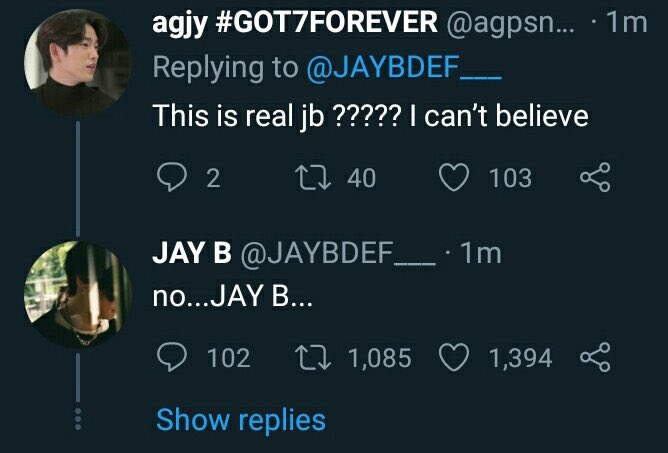 Well, he confirmed it himself via instagram stories too. Even on twitter he is teased by BamBam 😂

Famous Japanese Anime series ‘My Hero Academia’ is ready for an OST with BTS's Jungkook
2 hours ago   9   6,720

Fans talk about Super Junior's Eunhyuk purchasing a dream house for his family
4 hours ago   7   3,908

Famous Japanese Anime series ‘My Hero Academia’ is ready for an OST with BTS's Jungkook
2 hours ago   9   6,720

[Theqoo] Korean netizens react to BTS's Jimin having the most-streamed song of all-time on SoundCloud
3 hours ago   11   1,586

'Penthouse 3' gets criticized by international audiences for their racist portrayal of a new character
13 hours ago   167   39,080