News
Posted by AmieAmore 28 days ago

Yoo Sun posted photos taken with YoonA at the filming set of the drama 'Hush' on her Instagram on January 29th. In the photos, the two actresses boasted of a friendly atmosphere as they posed for the camera shoulder to shoulder.

Yoo Sun didn't forget to praise YoonA along with the photos as she wrote, "A photo with YoonA on the last day of filming. I understand why people talk so highly of YoonA; She always brightened up the film set with her bright smile and courteous attitude."

The actress continued to write, "She's such a loveable junior who always puts forth the effort and has good manners. I already miss my team," openly sharing her affection for YoonA.

Yoo Sun and YoonA have been appearing on the JTBC drama 'Hush,' which is currently airing on Fridays and Saturdays.

'Yoona is the best actress in hush'. yes! right, she is ... but her skill acting in TheK2 and PMandI was better.

'Yoona always was and is so humble and polite', yes, correct, she is

2. the development of both main characters is so boring cause of scriptwriter's fault

3. bad skill acting of main male actor H.JungMin and 3 support male actors: SBH (sung won), SHJ (soo-do) and JJW (kyung woo), a n d The most tragic thing is that they have many scenes in the drama so it is a big torture to see them act so bad in many many manyyy scenes

5. the bad and unfair distribution of scenes between the two main roles (H.JungMin & YoonA) throughout the drama. HJM's main male role appears in more than 80% of all the drama, while YoonA's main female role appears so little/few, there are even support roles with more scenes than her.

I do not know why YoonA wasted her gold time choosing such a boring role and drama and the worst thing is that she did not even care about taking care of her visual and physical appearance so at least her visual would have saved the drama.

--- Hopefully how her next project goes, I hope yoona finally take care of her image visual and her face doing a lot of exercise and some diets. She needs to lose weight, wear more and better makeup and fashionable clothes and a cool hairstyle.

that's right, YoonA always was the most multitalented snsd member and with the best personality too.

Her kdramas theK2, LR and YAMD were so awesome, PM&I was very good, TKIL was good but with one of the worst and fairest endings. I don't like her last kdrama ' hush' cause of writer, scriptwriter, director, plot, her chubby cheeks, her ugly clothes and also the main male actor's poor acting. #sorrynotsorry. 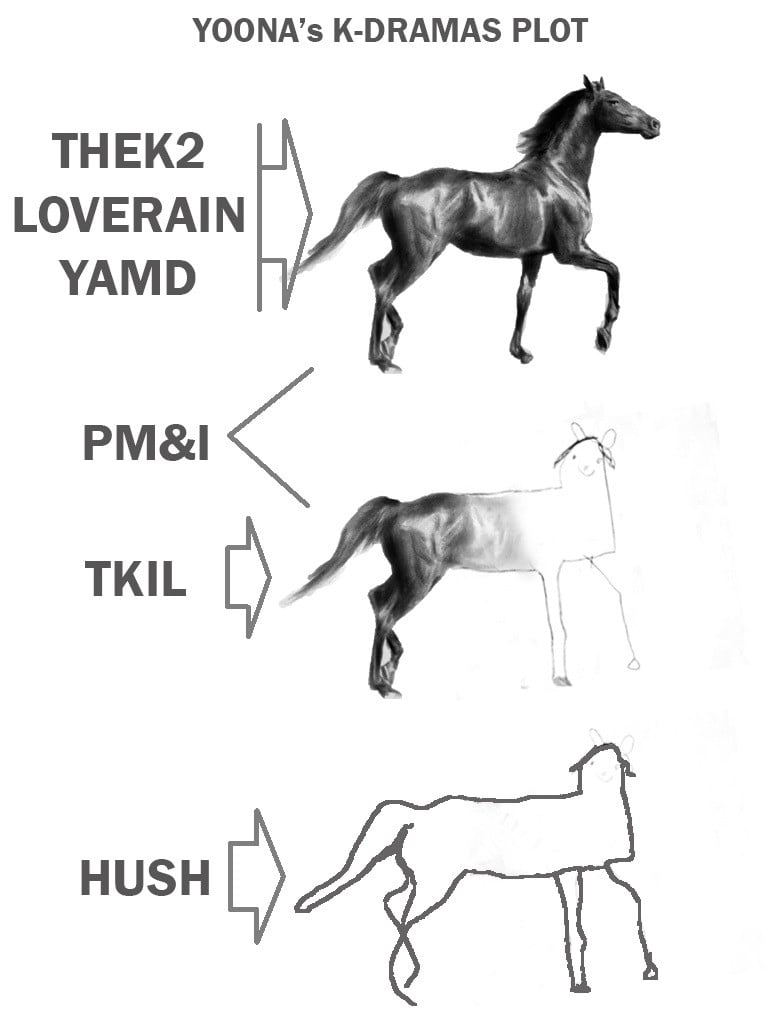 German radio DJ releases an apology after his Instagram is flooded with angry comments
2 hours ago   37   6,695

Ham So Won gives additional clarification about her divorce rumors
1 hour ago   10   4,860

WayV fans band together to defend Xiaojun after controversy over a misunderstanding that he made a misogynistic statement
21 minutes ago   5   1,969

6 K-Drama actors that have earned the title of top Hallyu stars by making waves on the big screen
51 minutes ago   2   1,557

Ham So Won gives additional clarification about her divorce rumors
1 hour ago   10   4,860

German radio DJ releases an apology after his Instagram is flooded with angry comments
2 hours ago   37   6,695

Stray Kids's Hyunjin once again personally apologizes to his former classmates in a handwritten letter
18 hours ago   111   23,107