EXO Kai's solo mini-album title track 'Mmmh' has reached number 1s in 35 countries on the Worldwide iTunes Song Chart. He has set a new record in this category for an SM Entertainment artist, as the previous record was 34 countries by EXO’s "Obsession."

Kai has made his solo debut by releasing Mini Album labeled KAI (开) on November 30th and it contains 6 masterpiece tracks.

The whole album is amazing! Well-deserved

The aesthetics in the MV are really good.

Fans laugh as (G)I-DLE's Shuhua accidentally puts up her middle finger during a performance
4 hours ago   7   7,801

Netizens and fans can't get over the fact that TWICE's Nayeon will be making her solo debut
43 minutes ago   3   1,662

Sung Hoon talks about the truth behind the dating rumors he was embroiled in
1 hour ago   1   3,155 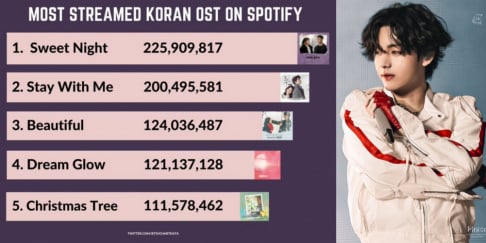