BTS fans and League of Legend fans are excited as T1, the famous Korean League of Legends team that has won 3 World Championships, posted a teaser on their social media account.

On November 2nd, the League of Legends team posted an audio teaser with the caption "Ready to RUN? #T1xRUNBTS with @bts_bighit." The audio played BTS's "ON," which has been playing as the opening music for BTS's reality show 'Run BTS.'

The audio also is provided with a short clip showing the logo "T1 x RUN BTS". Many fans anticipate the next episode of BTS's variety show as they are excited to see the most famous League of Legends player, Faker, collaborate with the number 1 K-pop boy group BTS.

Lee San Hyuk (Faker) stated, "It's an honor and I'm so thankful that I was invited as the first official guest on BTS's 'Run BTS'. It was especially a very enjoyable experience to meet the members in person and we were able to share about each other's professions. It wasn't a long time, but I was happy that I was able to meet the people who made a great impact on Korean Culture."

Are you excited for the new episode of 'Run BTS'?

OMG. I hope not only Faker but also their support player Effort! I would love to see him finally meet his bias V and show him his Tata phone case 😆 That would be epic👍

Half of the SK Elite four are going to be in one room! 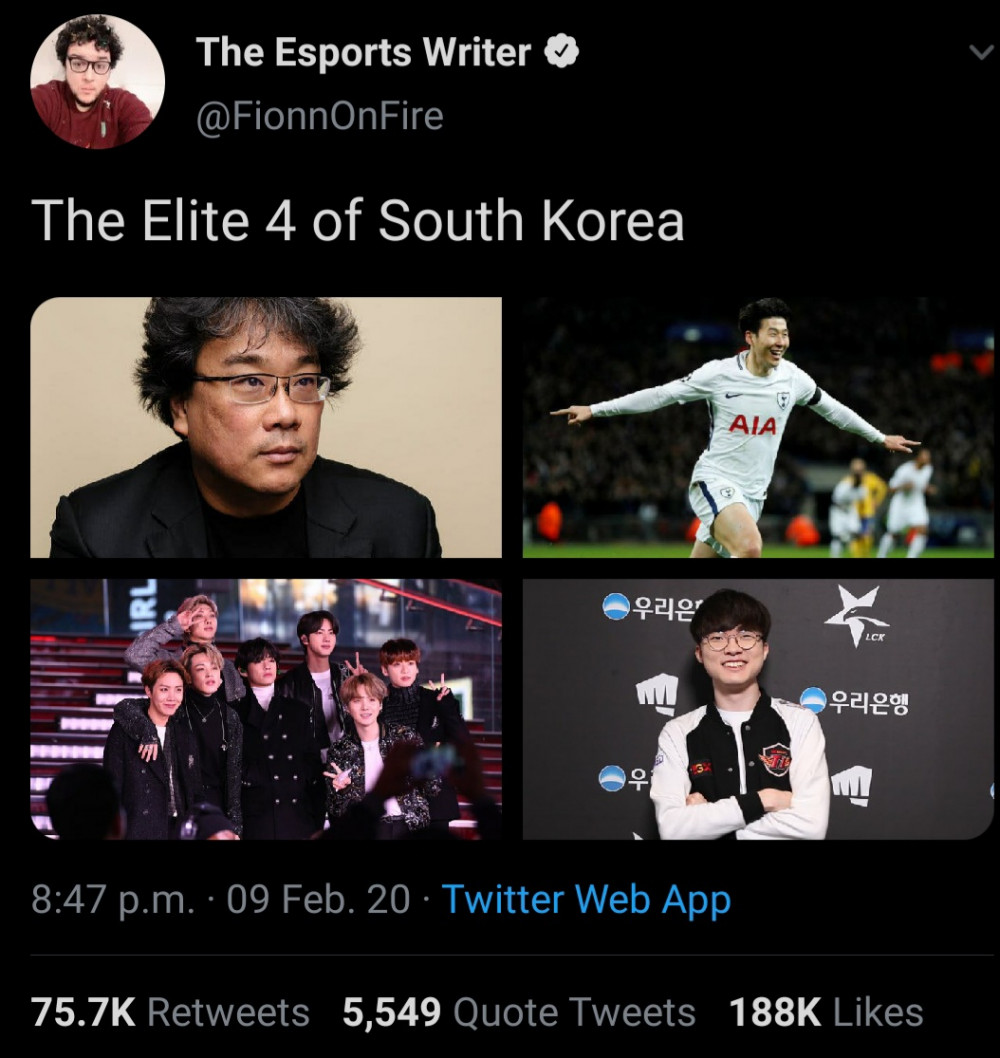 Seo Ye Ji expected to pay billions of KRW in penalties for her breach of advertisement contract
4 hours ago   60   36,997

Coldplay spotted in South Korea, netizens wonder about a possible collaboration with BTS
4 hours ago   13   8,376

Ham So Won expresses how hard it has been for her after the controversy over staging 'Taste of Wife' episodes
2 hours ago   6   3,512

"There was always laughter around Seo Ye Ji," film director Seo Yoo Min praises the actress in light of the recent controversy
1 day ago   99   39,057

Seo Ye Ji's former friend exposes the actress' alleged bad behavior in Spain & her statements about inhaling smoke for 'Another Way' come to light
2 days ago   133   100,103