Chairman Lee Man Hee (age 89) of the General Assembly of Shincheonji Church of Jesus was released on bail.

He left the Suwon Detention Center in Gyeonggi Province in a wheelchair on the afternoon of November 12 KST.

On this day, the 11th criminal division of the Suwon District Court cited Chairman Lee's application for bail for 100 million KRW (~89,819 USD).

The court cited, "The elderly defendant seems to have deteriorated in his health while in custody. Also, the hearing has progressed to a considerable extent with witness questioning and investigations on key witnesses. It is not likely that the defendant will destroy evidence."

Meanwhile, Chairman Lee was arrested and indicted on charges of violating the infectious disease prevention law and obstruction of official execution when the COVID19 spread in Shincheonji back in February.

So basically all defence lawyers arrive to their clients hearings with a briefcase...and some form of medical equipment? 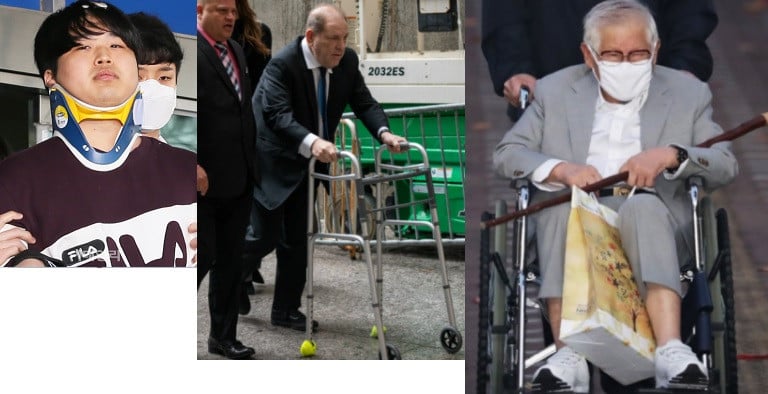 I think he should remain in jail

[TW] Person claiming to be Hyunjoo's little brother says she left April because she was bullied by the members to the point where she got suicidal
5 hours ago   36   18,311

Jungkook voted the idol who relays emotion the best through his handwriting
7 hours ago   34   6,344

Second accuser, owner of 'The North Face' jacket, reveals they were also asked to meet with Cube Entertainment reps
17 hours ago   53   45,123

Stray Kids's Hyunjin once again personally apologizes to his former classmates in a handwritten letter
2 days ago   125   26,724