A majority of a K-Pop idol’s life is devoted to the craft of music and performance. Rarely do any of them have the time for hobbies. However, for some others, their hobby is just as precious as their profession. While it may be writing or working out for some, it is drawing and painting for others. The talent they have cultivated in this art is beyond what anyone would have expected.

This is not, however, his first achievement as a formal artist. He began his journey by participating in the prestigious event, "SEEA (Special Exhibition for Emerging Artists)," for young artists held at Seongnam Art Center Gallery 808 in December of 2019. MINO’s art borders on surrealism and abstract styles, but it is truly inimitable. In a time where language fails to express one’s true emotions, MINO aims to create a new form of communication that can be expressed through distorted shapes.

Yuna is the youngest member of ITZY, which already speaks volumes about her skill and talent at such a tender age. If that wasn’t enough, she was also an award-winning athlete in floorball before her debut and even did ballet. The list doesn’t end there, she’s also an incredible painter who has developed her own style of art within such a short time. During a V-Live, the young artist showed off her artwork and was almost immediately hailed as one of the industry's best painters. We stan a multitalented Queen!

Seulgi is quite well known in the K-Pop community for being a great artist as she has often shared pictures of her artwork. She usually works with acrylics and pastels and is even an amazing sketch artist. From drawing The Statue of Liberty to the Joker, Seulgi has done it all. It’s a wonder how she’s so good at everything!

Having graduated from a high school focused on the arts, it is no surprise that Yura would be a genius at drawing. However, the caliber of her art, if so high quality that she might as well be the Bob Ross of K-Pop. Her art is strangely comforting and calm when it comes to landscapes and sceneries but also bright and realistic when it comes to sketching and portraits. After all, who can forget when she gifted a special portrait to Hong Jong Hyun during their time in ‘We Got Married’?

Key’s art style leans more towards expressionism and pop-art rather than realism, and it is this uniqueness that draws people towards his art. Key does not hesitate to go big and bold in his own style, and the same is reflected in his artwork. For newer fans who might not know, he also designed the SHINee album's cover for ‘The Misconceptions of Us.’

Jungkook is another artist who’s quite well known for his artistic ability, and his fame was taken even further after she showcased his talent on ‘BTS In The Soop.’ He is truly the golden maknae because who else could look at the landscape in front of them with a limited view and create a piece of artwork as stunning as the ones Jungkook drew? He has his own sense of art and colors and it translates brilliantly onto the canvas.

How dare you miss off Hyomin?? 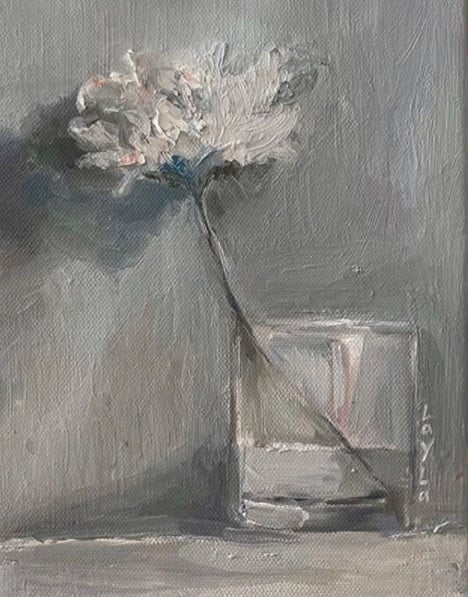 Mino art is on another level. his work is recognized by professionals. And the way he express his thoughts is amazing and very artistic. 👁👄👁

Drama 'My Roommate Is A Gumiho' decides to remove all Chinese product placements
3 hours ago   9   3,194

Complutense University of Madrid makes a statement about Seo Ye Ji's alleged acceptance into their university
9 minutes ago   3   3,257

A fan in a wheelchair claims DIA changed his life after they knelt on the floor to make eye contact with him
1 hour ago   8   2,229

Netizens gather their attention to actor Kim Jung Hyun's attitude change around Seohyun during the filming of the 2018 drama 'Time'
1 day ago   96   122,583