BTS recently opened up about their emotions regarding "Dynamite" and its Billboard Hot 100 success!

On September 14 KST, the Big Hit Entertainment group were guests on MBC radio program 'Bae Chul Soo's Music Camp.' During the broadcast, DJ Bae Chul Soo complimented the group on the fact that "Dynamite" has been #1 on Billboard's Hot 100 singles chart for the past two weeks, stating, "Did you expect to get #1?"

"The prior week, #1 was Cardi B, and she is a really strong artist, so we thought 'Is it possible?'," Suga began. "It would be a lie if we said we did not anticipate reaching #1. When it came to getting #1 for one week, we thought, 'If we're lucky, we can do it,' but getting #1 for a second week was unimaginable."

Suga then added that when "Dynamite" was confirmed as the #1 song for a second week, Big Hit Entertainment CEO Bang Si Hyuk immediately called them and cried over the phone.

"Bang Si Hyuk PD said, 'Are you guys all together? Do you guys know what this means? This is really amazing,'" Jin added.

Bae Chul Soo pointed out that there are only roughly 20 songs that have ever stayed at #1 on the Billboard Top 100 singles chart in its history, adding that he believes BTS will continue to top the chart in the future. "It hope that 'Dynamite' continues to stay at the top," he commented.

Meanwhile, the full interview is available with English subtitles below.

Btw BTS just broke the record for most PAKS for a song in the history of SK! 331 and counting! 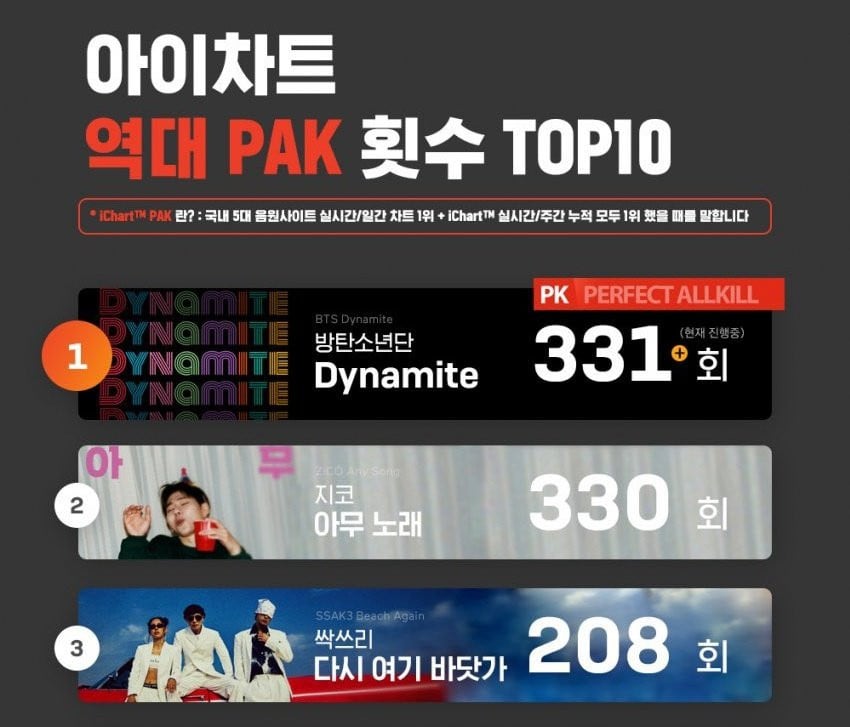 'Minari' actress Yoon Yeo Jung talks about working in America, where no one on the set treated her like a veteran star
7 hours ago   32   31,060