CNBLUE's Minhyuk and Jung In Sun are set to star opposite each other in the upcoming drama 'Not Yet 30'.

Minhyuk and Jung In Sun have been confirmed to be starring as the leads of the Kakao M original drama 'Not Yet 30', a series based on the popular webtoon 'Born in 1985'. The drama will revolve around the lives of women in their 30s like webtoon author Seo Ji Won, who meets her publisher and first love Lee Seung Yoo.

Jung In Sun is taking on the role of Seo Ji Won, which is her first role since starring in tvN's 'Psychopath Diary'. 'Not Yet 30' also marks Minhyuk's first project since his discharge from the military this past March.

'Not Yet 30' features 15 episodes, 20 minutes each, and it's scheduled to crank in this month. 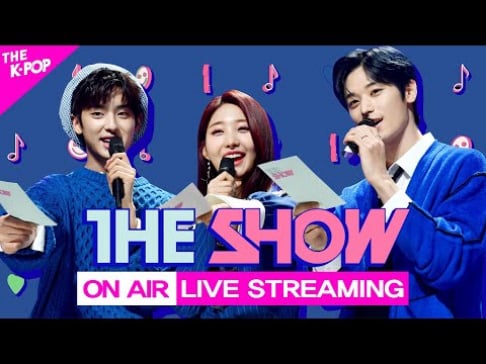 BTS enter into 'I-LAND' in preview for this week's episode

Girls' Generation's YoonA is applauded for her sensible answer to a reporter's tricky question
2 hours ago   0   6,442

"It's a pity I didn't have a weapon, I would have stabbed him," the words Park Soo Hong's father said during the prosecution investigation brings shock
5 hours ago   44   12,064

K-Netizens talk about Billboard's announcement to include China in global chart + Korean singers sales in China in 2022 after the bulk buying ban
6 hours ago   20   5,581

Ministry of Culture, Sports, and Tourism to decide on BTS' military service by December
9 hours ago   48   8,768

Dara clarifies about being the third richest female artist after IU and Lee Hyori
28 minutes ago   0   3,924

The impressive accomplishments of the rising 4th generation K-pop groups
53 minutes ago   3   1,130

Will BTS be guaranteed time to promote even if they enlist in mandatory military service?
1 hour ago   9   1,023

Girls' Generation's YoonA is applauded for her sensible answer to a reporter's tricky question
2 hours ago   0   6,442

On Spotlight: Lee Kwang Soo's Amazing Roles throughout his Acting Career
2 hours ago   1   619

Ministry of Culture, Sports, and Tourism to decide on BTS' military service by December
9 hours ago   48   8,768

Netizens react to the outfits worn by the female artists who performed at 'KCON Saudi Arabia'
2 days ago   87   83,911

TV personality Park Soo Hong reportedly transported to the hospital after being assaulted by his father during his cross-examination
2 days ago   68   142,920