Rookie girl group Busters has become wrapped up in another controversy, this time as netizens aimed their fury toward the group's label, JTG Entertainment.

On December 17, Busters attended a special Christmas event hosted by a cake company. The group's agency decided to invite fans to the event site via 'V Live', while at the same time, the cake company carried out filming for their promotions.

Busters were joined by two YouTubers who acted as MCs for the event, but those who watched the 'V Live' broadcast were quick to point out that the MCs seemed uncomfortable leading the event, making for a chaotic situation. Overall, with multiple cameras filming and with conversations running in various directions while overlapping, it was reportedly evident that the broadcast was going poorly.

Furthermore, viewers were furious with Busters's agency for the awkward seating arrangement between the girl group members and the MCs, as some pointed out, "Is this one of those sketchy Japanese dramas or something??". Many also complained about the young girl group members' outfits, "too short" without even providing them blankets while being seated.

Various viewers claimed that even the YouTuber MCs seemed to realize the awkwardness of the situation, and the 'V Live' broadcast was put to an end in 15 minutes. But after the broadcast ended, netizens spread their fury toward Busters's label via various online communities, demanding justice for the company's terrible treatment of their young idols. Most of the Busters members are minors, including three middle schoolers, one first year high schooler, and one third year high schooler.

Netizens commented angrily, "The people at this company must be out of their minds, what are they doing to these children", "This is too much, they need to establish some stricter laws between young children and entertainment agencies", "I'm way older than them and I would never dress like that... plus, it's freaking winter", "Those YouTubers look so uncomfortable, having to sit between minors like that", "There's no way they did this on accident, all other idol groups sit together in the middle with the MCs to the sides", "From the beginning, this company had no interest in protecting that girl from 'Boni, Hani', did they?", etc.

Since then, JTG Entertainment has cut out the portion of Busters's broadcast featuring the YouTuber MCs, as you can see below.

Just looking at the seating position made me feel uncomfortable. It reminded me of all those salon where girls served dirty old men. This company is really doing the girls dirty.

This company is trash.

These girls aren't entertainers. They're children.

Disband the group and get these girls back home with their families away from this abuse and exploitation.

This is just gross. 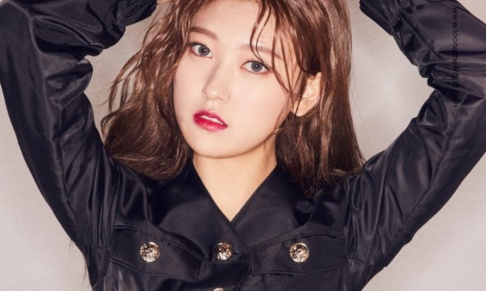