Hello. This is the third in a series of educational posts meant to help create a more informed fan community here in allkpop. (For previous posts in the series, see 1 & 2). This article is meant to present an overview of the process of criminal investigation followed by the Korean police, prosecution and judges. As many celebrities or public figures such as Seungri, B.I.,Yang Hyun Suk, Jung Joon Young, Choi Jung Hoon, Roy Kim, Park Yoochun, Hwang Hana, PSY and others are currently embroiled in the midst of criminal investigations, this article will hopefully give you, the reader, an idea of where they are and what to expect out of the justice system and/or police investigation results. If you ever caught yourself wondering "What do all these terms - 'booking', 'arrest', mean?", or "Didn't the police already do this? Why is this investigation taking so long?", this article is for you.

(Disclaimer: I'm not a lawyer, nor trained in law enforcement. This is written from the perspective of a layman who did some research. But I'll be happy if anyone who has a background in law chimes in with corrections or additions.)

References: Most of the information here comes from the Korean Ministry of Justice's Criminal Justice portal: http://fgn.kics.go.kr/en/jsp/cjp/criminalCaseProcedures.jsp. Also, English translations of Korean laws can be found at the Korean Law Translation Center website. The two main Acts that are relevant to most of the current scandals are the Criminal Act (which covers financial crimes, sexual crimes, and corruption crimes) and the Narcotics Control Act (which covers drug crimes). The Act on Special Cases for Sexual Crimes is also relevant for the hidden camera and sex pictures chatgroup cases. Some information may be left out of this article in the interests of keeping it short enough to read, but please refer to the websites for full details.

4b. Examination of arrest and confinement:

8b: Suspension of sentence or stay of execution:

There you have it. This is the basic outline of the criminal justice system and procedures. As you may have realised, because of the many stages, it could take quite a while for a case to move through the system. Next up, I'll trace the history and current status of as many public figures as I can that have been mentioned in the news.

This section updates you on the current status of the celebrities under investigation. There are too many celebrities to cover each of them in detail, so I'll just select a couple of individuals to illustrate the criminal justice process, and provide a brief update on the current status of the rest. Please also keep in mind that the purpose of this article isn't to establish the guilt or innocence of any particular celebrity, but rather to show you how police and prosecutors work and the procedures they are following when investigating celebrities.

In this investigation, there are actually multiple chatrooms and 1-on-1 chats on Kakaotalk that involve different male celebrities and non-celebrities sharing camera footage of sexual acts done to female victims. Not everyone was in the same chatroom. A whistleblower originally found the video footage while repairing a phone, took it to a lawyer, who gave it to the Anti-Corruption Commission (as he suspected police corruption in covering up the evidence on Burning Sun). SBS FunE originally broke the story as a side-note to the Burning Sun investigation. MBC Newsdesk later reported 7 different chatrooms where illegal sex videos of female victims were shared, involving at least 14 celebrities (8 of them singers). On May 3rd, there were further reports of chatrooms created by press reporters covering the hidden camera controversy, involving over 200 media personnel, that was used to share the sexually-explicit videos with each other. The police cybercrimes unit has launched an internal investigation into it.

This investigation involves multiple different kinds of crimes and charges. The filming and distribution of sexually-explicit videos without consent is a crime in South Korea. A person can be charged separately for filming the sex videos, for distributing the sex videos, and for having sex with the victim in the videos without her consent (rape). (Act 15156, Articles 6, 13 & 14) However, just watching, storing or commenting on these illegal videos is not a legal crime. Only creation or distribution is a criminal offence. I just want to make a clear distinction here between morality (which can be decided by the general public's judgement), and legality (which is what the police and courts have to follow).

There are two separate incidences here - the investigation into Philopon usage by Park Yoochun and Hwang Hana, and the more recent investigation into LSD usage by B.I. and possible coverup by YG. Both fall into the jurisdiction covered by the Narcotics Control Act. Both Philopon (a Japanese version of meth) and LSD are classed under "psychotropic drugs". Article 3.5 of the Narcotics Act says that no person should engage in "Any act of carrying, possessing, using, managing, exporting, importing, manufacturing, trading, assisting in trade of, or giving or receiving, psychotropic drugs."

The Gambling Investigations:
The core of this investigation involves the recent accusations made against Yang Hyun Suk and Seungri about gambling overseas, and possible illegal foreign exchange transactions. The Criminal Act, Article 246, states: "A person who commits the offense of gambling shall be punished by a fine not exceeding ten million won: Provided, That gambling for a mere pastime shall be exonerated from the punishment."

Article 3 of the same Act states that it applies to crimes committed by Koreans outside of Korea. Thus, gambling at casinos (other than the very special exemption at Kangwon Land) by any Korean citizen is a punishable crime, regardless of where it happens. Doing it overseas just makes it less detectable.

This investigation revolves around whether certain celebrities engaged prostitutes to cater to wealthy clients/investors in order to facilitate business transactions. The Criminal Act, Article 242 (Arranging for Prostitution) states: "A person who induces, entices, or procures a person to engage in sexual intercourse for gain shall be punished by imprisonment for not more than three years or by a fine not exceeding 15 million won."

This investigation revolves around the practice by club owners registering their businesses as "general restaurants" rather than as "entertainment bar businesses" (which the category that clubs and bars fall into, as defined by the Enforcement Decree of the Food Sanitation Act, Article 21). The difference is that owners of regular restaurants pay 10% value-added taxes (VAT), while owners of entertainment bar establishments have to pay 10% VAT + 10% special consumption taxes + 3% education taxes (i.e. a total of 23% in taxes). Thus, several club owners illegally register themselves under the wrong business license in order to pay lower taxes.

Nicely written, but I guess those who are not familiar with those things can find your explanation hard as some cases have tiny differences but different outcome. And I applaud you for the nice and full summary of BS case.

I must agree with your explanation and some of the comments here. I too hope that AKP writers take notes and learn how to correctly translate articles. I find it really tiresome explain how things really are and be accused of being hater/overly defending fan. Although AKP in not really credible source, there are many people who believe in everything just because it was posted here. Whatever it's rumour, truth, or disinformation.

Thanks for taking the time to explain the Korean criminal justice process, this would have cleared up so much confusion a few months ago. It was very helpful. Every update on the open cases should link back to this. 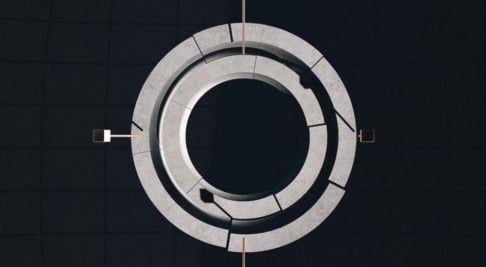 BTS V’s “Inner Child” Is The Highest-Selling Single In Korea As The Track Tops Hanteo Chart For Three Days Straight.
4 hours ago   20   1,940

Taemin indefinitely postponed March concert due to the coronavirus
8 hours ago   5   4,956