Rising girl group EVERGLOW recently had a comeback with their new song “Adios”.

The group has recently been hit with claims the popular track sounds suspiciously like another song, by a Romanian band named TROOPER.

Take a listen to both of the songs and decide for yourself:

What do you think? Is it just a coincidence or do the producers of “Adios” have some explaining to do?

Usually these accusations are pretty far fetched but the moment the TROOPER video started playing, I recognized the melody...I really hope there aren't gonna be legal issues with this comeback...

I feel like people throw out the word 'plagiarism' before checking with two important facts first. 1) Did both songs have one or more of the same producers, and 2) Did said producer shop around and sell a particular melody to more than one company. Because producers can do that, and they do it often, which is why we will often here the same or similar melody to songs in multiple countries. They're trying to get their particular brand and aesthetic out there, which is why most producers would never just limit themselves to branding one particular cut and only selling it one time. Depending on the response to those two questions, then people should consider whether or not to throw out the word plagiarism. If it's a valid claim, then of course the rightful party should get credit for the work.

BTS's Jungkook trends at #1 Worldwide, being a highlight in 'Permission To Dance Online Concert' with his mesmerizing performance, visuals, and hair
2 hours ago   45   4,656 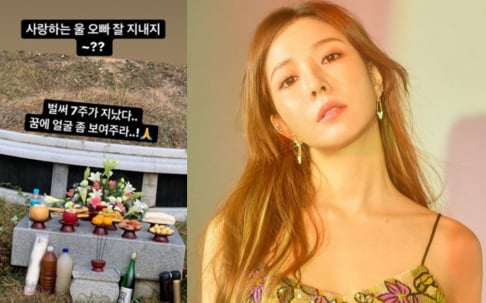 BoA writes sentimental message to her late older brother after visiting his burial site
5 hours ago   4   6,439

BTS's Jungkook trends at #1 Worldwide, being a highlight in 'Permission To Dance Online Concert' with his mesmerizing performance, visuals, and hair
2 hours ago   45   4,656

Fans ask an apology from aespa's Giselle over a video that allegedly showed her lip-syncing a racial slur
1 day ago   461   97,001