On June 29, Momoland's label MLD Entertainment spoke up to strictly deny rumors that member Yeonwoo may be leaving the group.

One representative from MLD Entertainment stated, "Rumors of Yeonwoo leaving Momoland are absolutely not true. The reason she has been absent from Momoland's recent schedules is due to the fact that she is attending her drama schedules. Back on June 28, Yeonwoo was unable to attend Momoland's schedule in Chile due to her health, as we previously notified."

Earlier, netizens raised questions regarding Yeonwoo's departure from Momoland after pointing out that she has been absent from the group's schedules for approximately a month. Netizens suspected that instead of attending Momoland's schedules, Yeonwoo may have attended a friend's birthday party. 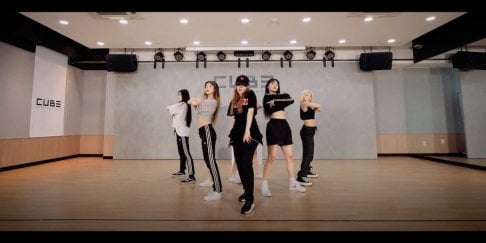 "Health" concerns are always a safe way to play down an idol's extended absence even though it's usually not health related. Most of the time when this happens it's either conflict within the group or the member wants to leave to be an actor. The actor's disease is real.

This is not a good year for kpop. I hope she remains in Momoland. That is, if she's happy .But if she's not happy. I hope she does whatever makes her happy.

K-Pop fans talk about lineup of artists and songs that would make year-end music festivals 'legendary'
5 hours ago   12   9,574

Rain preparing to hand over ownership of boy group Ciipher to another agency
7 hours ago   32   23,002

VT Entertainment announces the departure of 4 members from Black Level.
1 hour ago   2   630

Nine members of LOONA reportedly working to suspend their exclusive contracts with Blockberry Creative
1 day ago   93   45,884

BlockBerry Creative states that if Chuu wishes to prove her innocence, she should be the one to provide 'evidence'
1 day ago   126   52,730