Former LABOUM member Yulhee opened up about her pregnancy.

On the April 26 airing of KBS2 'Happy Together 4,' Yulhee revealed, "I found out about my pregnancy a day after the dating news."

She continued, "But it was during promotions and there was a performance scheduled in Japan, and I had to carry on other schedules." Yulhee shared she had a hard time hiding her pregnancy and said, "It was in the beginning stage so my back was hurting and my belly was getting bigger but I had to wear stage outfits."

Yulhee also shared how Minhwan and her parents reacted to her pregnancy.

I still don't get why she left. Pregnancy is fine, though she could have taken a hiatus and came back when she was on a better position to do so. I'm glad she's doing well though!

Using some protection could help her not to be on that situatuation...

BTS’ Jungkook stole all the attention at Grammy's red carpet with his stunning visuals and trended across the world
4 hours ago   27   11,276 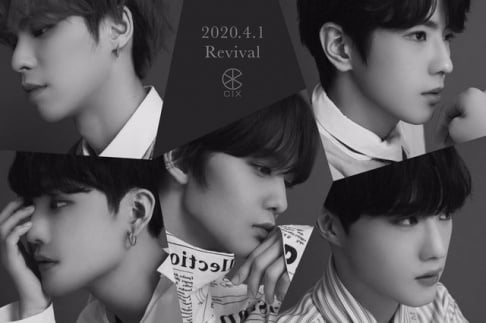 Golden Child top album sales charts with pre-sales of repackage albm 'Without You'
2 hours ago   1   1,699

BTS’ Jungkook stole all the attention at Grammy's red carpet with his stunning visuals and trended across the world
4 hours ago   27   11,276