Dana showed off her new figure after a 5-month diet.

On April 22 KST, 'Sports World' revealed an interview with the former CSJH The Grace member to talk about her dieting experience with 'JUVIS', a company that provides healthy diet plans with physical training for clients who wish to lose weight. As their exclusive endorsement model, Dana embarked on a rigorous program last December, with a goal to reduce her weight down to 52 kg.

After starting out with an initial weight of 80.2 kg, Dana inched closer her goal as she lost 20 kg over 5 months. During the interview, Dana confessed that the dieting path was not an easy road, as she had to achieve a regular sleeping pattern and reduce various medications. For years, Dana had suffered from depression and insomnia, which had stemmed from "career issues", "a difficult break-up with director Lee Ho Jae", among other personal issues such as "not having gotten sleep since her debut at the age of 12". Therefore, one of the main consistencies that 'JUVIS' asked her to do, which was waking up and having breakfast at 8 AM, was simply the hardest task for her.

Furthermore, Dana opened up about fighting against her depression, which initially started off with taking 9 different types of medications and regular visits to the hospital. "But, there were so many side effects to taking so many pills at the same time. My body began to bloat, and my insomnia became more severe. I did not leave the house, let alone talk to my own family members at home," said Dana. "But, I wanted to show a different side to fans, to show a new side of me. They have been a tremendous source of support. If I were them, I would have been disappointed (at myself). But, I'm so grateful for them."

In discussing her future, Dana shared that she still has "10 more kg to go" in order to reach her ultimate goal. "I will try my best and never let go. Though I do no think that I hit my pinnacle as a singer, I will try my best to continue to show a better side of me."

We sincerely hope that Dana maintains her healthy state!

She says 10kg more but she honestly looks super healthy right now. It's really amazing how much she lost in such a short amount of time. Good for her!

she looks great! i hope she focuses on maintaining now because that's the next big obstacle

BewhY responds coolly to a netizen's DM threatening to report him to the police for drugs
2 hours ago   4   4,240

A netizen claiming to be Chanyeol's ex-girlfriend alleges that the idol member cheated on her and committed other misdeeds
22 hours ago   626   327,830

AKMU's Suhyun says she was advised not to release track composed by brother Chanhyuk
5 hours ago   8   13,255

Former T-ara member Soyeon reveals her reasons for dropping out of the show 'Miss Back'
27 minutes ago   1   1,544 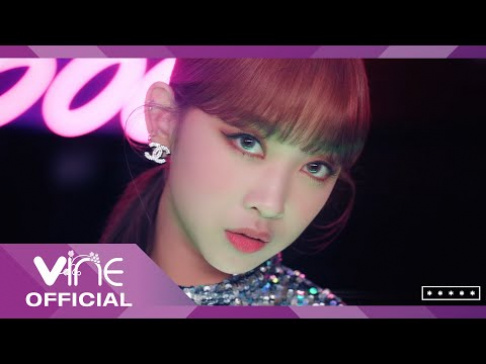 BewhY responds coolly to a netizen's DM threatening to report him to the police for drugs
2 hours ago   4   4,240

AKMU's Suhyun says she was advised not to release track composed by brother Chanhyuk
5 hours ago   8   13,255

BigHit x Source Music girl group will be announced after Gfriend wrap up promotions
19 hours ago   22   15,968