The members of Koyote confessed there was violence within the group.

The February 8 airing of KBS2's 'Entertainment Weekly' included an interview with the long-running trio.

Reporter Kim Tae Jin asked if the members ever got in a physical fight. Bbaek Ga revealed, "Jong Min hyung used to get beat by Shinji." Kim Jong Min agreed and said, "It wasn't just one or two times."

To this, Shinji explained,"To be honest, I did seriously hit him at times," however, "I didn't hit him hard on purpose. I hit him lightly as a joke but that must've felt strong to him."

As for the secret to their long-running teamwork, Shinji coolly said, "Not being too successful?" She explained, "We have never won 'Daesang,' but received everything below that. I think we long-lasted like that without being at the top."

I actually like Koyote - have for a long time :D Another of those groups I originally thought was Japanese!!!! before I got into KDramas!

i like koyote. they were popular and well known i like their music. unfortunately never won a a Daesang but whatever

Netizens voice support for BLACKPINK's Lisa after she was scammed by her former manager
3 hours ago   17   8,540

EXO Kai's baby nephew gains attention for his good looks and similarities to his uncle
5 hours ago   8   10,579 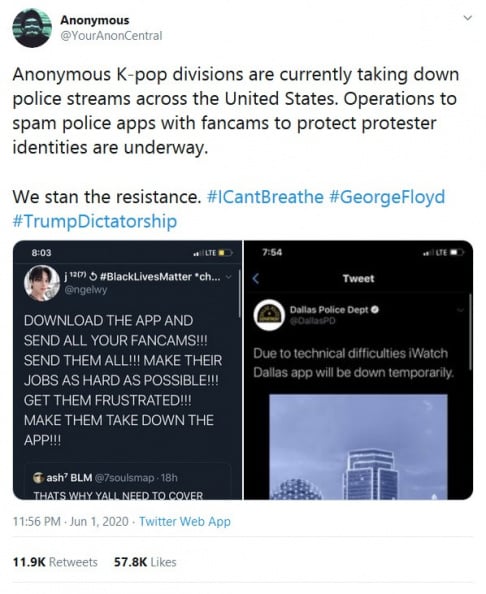 EXO Kai's baby nephew gains attention for his good looks and similarities to his uncle
5 hours ago   8   10,579

Netizens voice support for BLACKPINK's Lisa after she was scammed by her former manager
3 hours ago   17   8,540

Informant A reveals that BTS Suga was well aware it was Jim Jones' speech and intentionally sampled it for his mixtape
4 hours ago   132   9,967