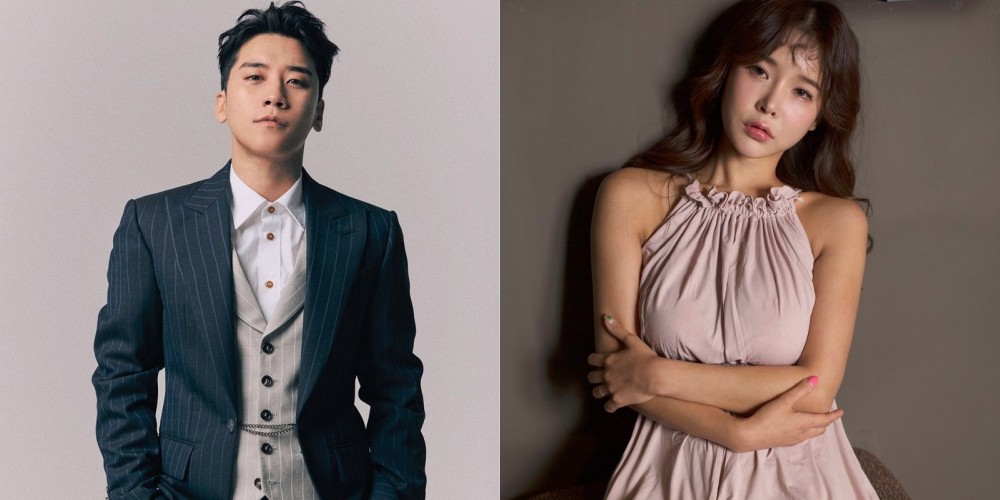 Big Bang's Seungri ultimately deleted the post regarding his friend Lee Ah Yun.
Seungri received backlash from netizens after sharing a supportive post, asking fans to vote for his close friend Lee Ah Yun for the '2018 Miss Maxim Contest.' The idol star promised an hour of Instagram live if his friend wins first place. Many netizens were displeased with the "deal" Seungri offered, claiming he is "taking advantage of fans by bribing with his Instagram live." 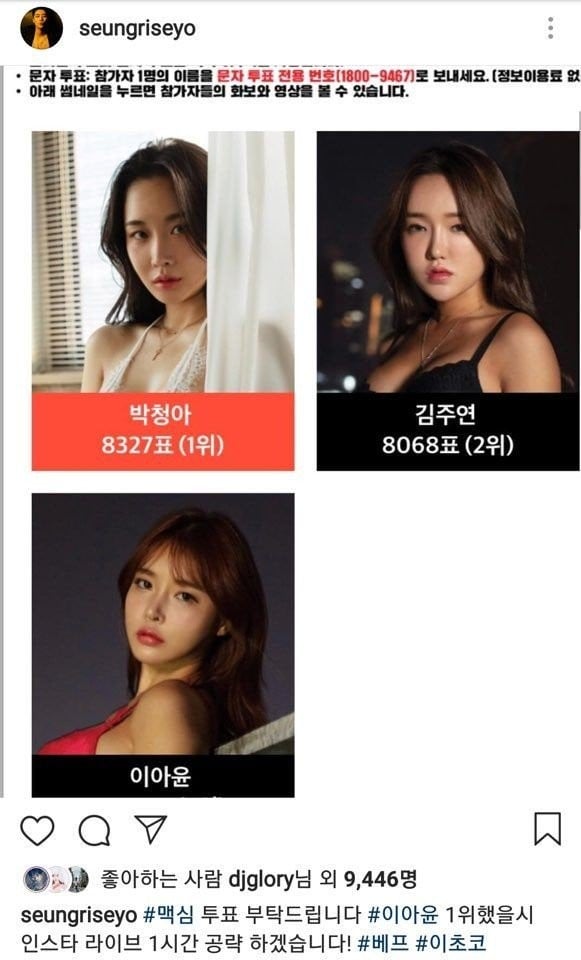 What did they think would happen she'd be come insanely popular just because Seungri as a friend showed his support to a friend? Please if that could happen all Seungri's friends would be big names by now. There is nothing wrong with friends supporting friends.

Y is everything become an issue? whats wrong with this people? lol

Jeon So Min clarifies that she has been impersonated in the 'Running Man' chatroom
59 minutes ago   1   9,784

Super Junior K.R.Y. is ready for their first mini-album with Kyuhyun's teaser images
3 minutes ago   0   106

GWSN to continue promoting with follow-up song 'Wonderboy, the Aerialist'
29 minutes ago   0   338

Jeon So Min clarifies that she has been impersonated in the 'Running Man' chatroom
59 minutes ago   1   9,784