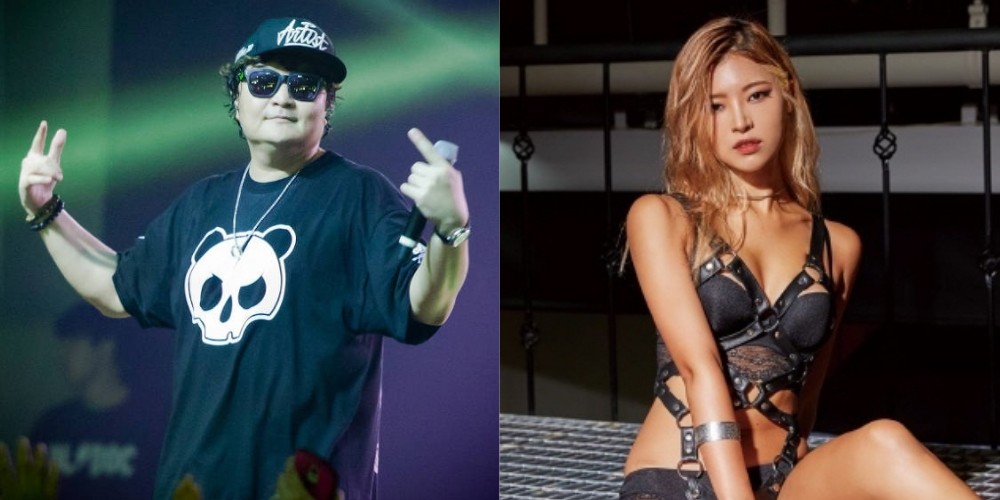 Sun Ah (27) is being accused of violating her contract.
Following DJ DOC Jung Jae Yong (45) and Sun Ah's marriage news, the agency of the girl group ICIA claimed they had "no idea about Sun Ah's marriage."
The agency told Sports Chosun, "Our contract is still effective.There are also financial issues, so we plan to take action after discussions with our lawyer."
According to ICIA's agency, Sun Ah still has 3 years left in her contract.
[SEEALSO]https://www.allkpop.com/article/2018/11/dj-docs-jung-jae-yong-announces-marriage-and-pregnancy-with-former-model-sun-ah[/SEEALSO]
In response, Jung Jae Yong's label, Super Jam Record, claimed Sun Ah was threatened. A rep from Super Jam Record stated, "We have found out that Sun Ah was under pressure and oppression ever since she started dating Jung Jae Yong 2 years ago. She ended up leaving the group as their relationship continued."
According to Jung Jae Yong's agency, after the marriage news broke out, ICIA's label suddenly contacted Sun Ah and demanded her to pay back the debt. Sun Ah replied, "I don't owe any debts," but ICIA's agency threatened her, saying, "If you don't get this straight then we will publish articles about Jung Jae Yong."
Super Jam Record expressed frustration, and said, "The bride-to-be is young and she is 9 weeks pregnant. If they have something to claim regarding financial issues or other issues, then they can take a different route of contact (instead of publishing articles). We hope they stop the unscrupulous act that aims at financial gain and the name of our artist Jung Jae Yong doesn't get involved anymore."
Share this article
Facebook
Twitter
6 16,893 Share 67% Upvoted

This is why kpop needs union laws....

Former AOA member Mina allegedly speaks on ChoA after news of her rumored comeback
22 hours ago   42   70,253

Hyoyeon reveals 'Dessert dance challenge' with all her Girls' Generation members
24 hours ago   13   8,716