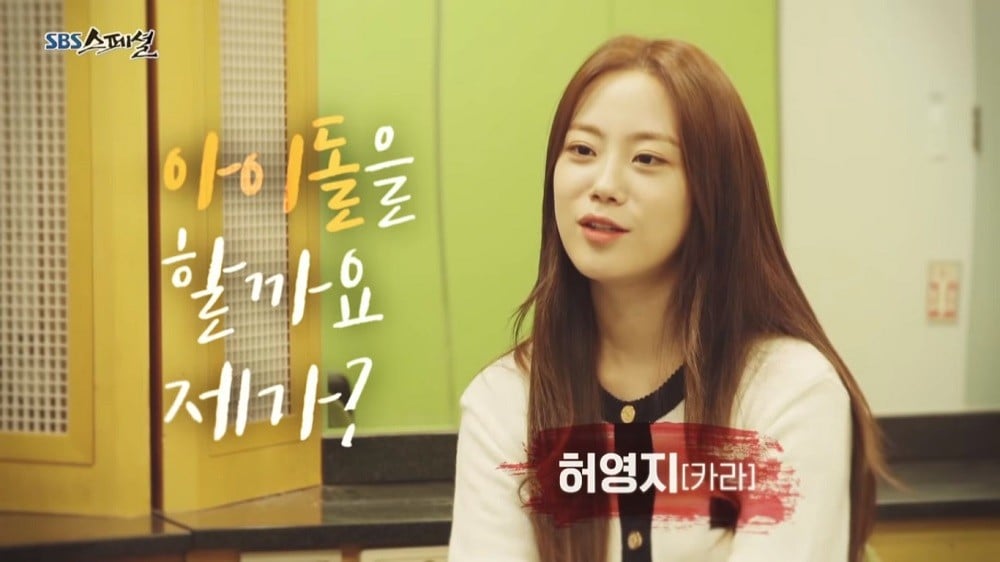 Youngji opened up about her past eating disorder following KARA's disbandment.
On October 28th, 'SBS Special' presented a documentary about singers who now lead different lifestyles after the 'pinnacle' of their idol career. As a former KARA member, Youngji spoke up about the stress that idols must cope with, as well as the psychological changes that they go through after their average '7-year streak'.

"When the feeling of 'things are starting to wrap up' started approaching me, I was more worried about what to do afterwards than just simply being in fear," began Youngji. "When KARA's activities stopped for good in 2016, I was so unstable that I began suffering from a binge eating disorder. I kept eating and eating, but my stomach didn't feel full. I didn't know how to even deal with it."
Youngji continued, "It felt like I had been so dependent on my 'unnies' to a point where I was unable to do anything on my own. Having a team vanish suddenly naturally makes you feel so upset."
On the show, not only Youngji but also Thunder from MBLAQ, Jung Ah and Lizzy from After School, and many other former idol stars opened up and shared their innermost stories. Stay tuned for more stories from 'SBS Special'.

Youngji case sadden me big time... when she just won the kara spot the others members did not want to continue as such from being in a firm position she is in limbo.. SK need to have some kind of protection for trainees and artist as general they literally waste their youth in a studio with little or no teenage joy... and sadly 90% of them will not see the fruit of their labor

IZ*ONE's Miyawaki Sakura revealed to have been in tears during her return broadcast as DJ of 'Tonight, Under the Cherry Blossom Tree'
6 hours ago   18   12,178

Reporter Yoo Jihoon says when ATEEZ performs at the music shows, other idols all gather together and watch ATEEZ on the monitor
20 hours ago   110   34,421

Fancam king, BTS’s Jungkook holds the record among idols for having the most fancams with over 1 million views
20 hours ago   26   10,432