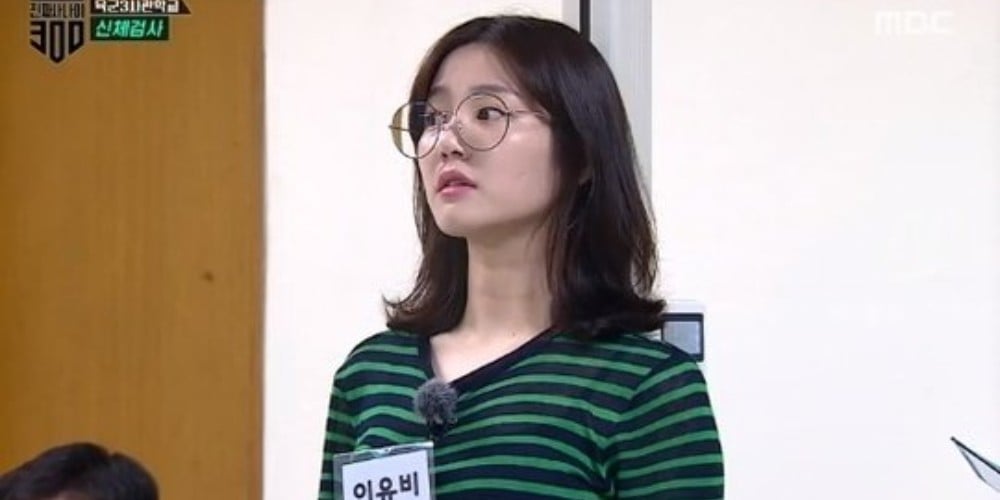 Lee Yu Bi's weight was revealed on 'Real Men 300'.
The first episode of the military experimental show broadcasted on September 21. The airing showed the members going through physical exams prior to their enlistment.
Each of the stars had to get their weight and height checked. Most of them had numbers close to the ones listed on their official profile. However, Lee Yu Bi saw a significant difference in her weight.
On her official profile, Lee Yu Bi is stated to have a height of 166cm (5'5") and a weight of 42kg (92 lbs). The measurements on the show revealed she's actually 163cm (5'4") tall and weighs 52kg (114 lbs).
Seeing the numbers, Lee Yu Bi reacted startled and said, "There must be a problem... My jeans were thick. It probably weighs about 1kg", and brought laughter as she added, "There's something wrong with the scale."

Goo Hye Sun says that people should 'forgive' Ahn Jae Hyun's wrongdoings + sues a YouTube reporter for accusing her of lying
1 day ago   89   26,789

"So wasteful just to get voting tickets..." Korean netizens can't believe the amount of milk that was thrown away by Chinese idol fans
1 day ago   86   37,065