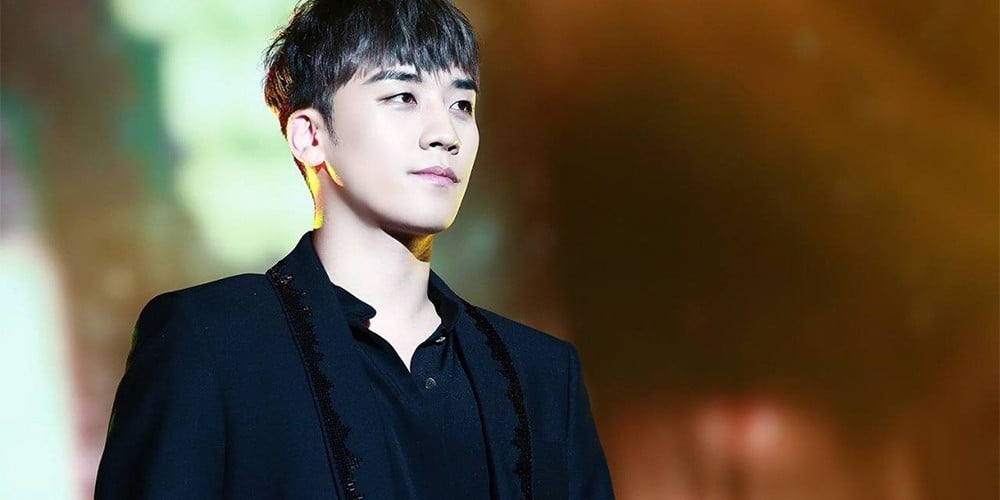 Seungri talked about earning the big bucks through his ramen franchise.
On the July 1st episode 'Ugly Duckling', Seungri and Lee Sang Min visited a ramen restaurant in Tokyo. While eating, Seungri came to reveal some facts about his own chain of ramen places. The ramen chain he owns is called 'Aori Ramen', and he has 45 restaurants in Korea.
"How much money do you make? If you make at least 50 million won per restaurant, how much does the entire profit amount up to? About 2 billion won per month?" questioned Lee Sang Min.
"I have 45 of them, and each makes about 200 million won (~$180k) every month," said Seungri. Lee Sang Min, momentarily dumbstruck, responded, "You made it big, young man. Then how much does that translate into, annually?" To this, Seungri called himself "Seung-sby" (from 'The Great Gatsby'), but denied that he owns 100% of the profits.
Nevertheless, Lee Sang Min pleaded Seungri and asked if there weren't any director positions at his company. "I have a lot of experience! Please let me take care of one of the franchises, too!" the entertainer appealed.
Recently, reports revealed that F.T. Island's Jonghyun is also one of the franchisees of 'Aori Ramen'. Although Seungri's status as a successful CEO is well-known, the exact estimates of his profits are still in question among netizens.
Watch the clip above! 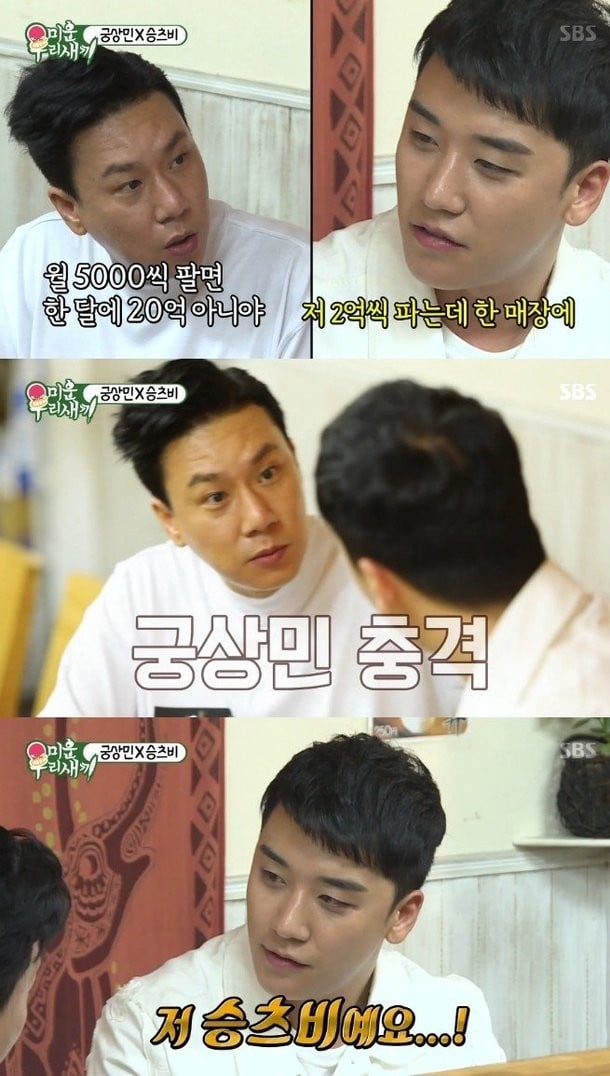 BTS's Jungkook impresses Netizens with his wise answers and handsome visuals during SBS Interview
9 hours ago   22   17,547

Ailee performs stunning live band version of hit OST single 'I Will Go To You Like The First Snow'
2 hours ago   2   1,340

Goo Hye Sun says she doesn't care about the harsh criticism she's receiving from the art industry
2 days ago   79   46,495

AKP BUZZ
MBC apologizes for using inappropriate photos representing countries including a photo of the Chernobyl disaster for Ukraine during Olympic Opening Ceremony
2 days ago   95   19,644