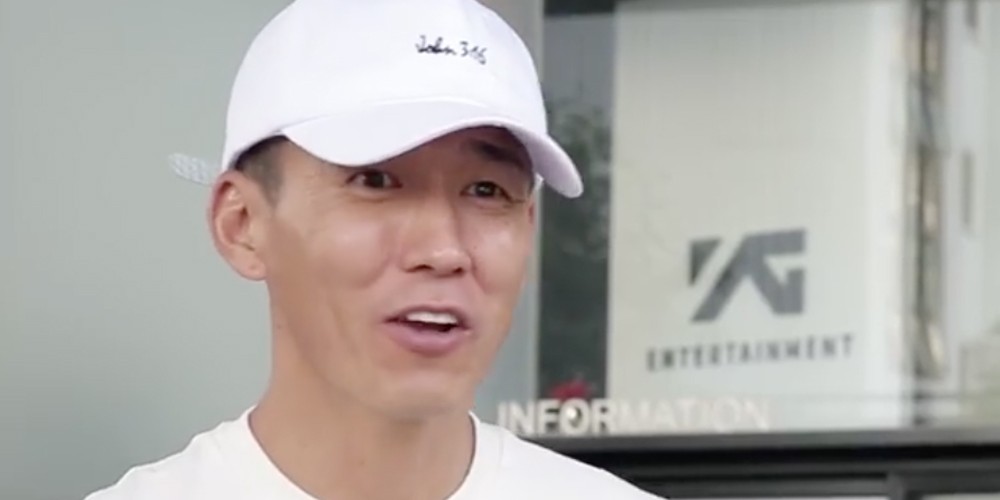 On July 17, Jinusean's Sean took to Instagram to announce some groundbreaking updates regarding the '2018 Ice Bucket Challenge' in Korea, as well as progress on Korea's first ever rehabilitation hospital dedicated to Lou Gehrig's disease!

In one photo, Sean posed with a large placard which read, "Congratulations on obtaining the land for the Lou Gehrig's disease rehabilitation hospital!" In his next photo, Sean continued to share how the '2018 Ice Bucket Challenge', which he started in Korea toward the end of May recently, has raised over 900,000,000 KRW (~ 797,000 USD) with approximately 10,000 participants.
But then, in his next and most recent post, Sean decided to take the '2018 Ice Bucket Challenge' overseas! Standing in front of the YG Entertainment headquarters, Sean boldly dumped yet another bucket of ice water over his head, then challenged the following people - the managing director of 'Adidas Korea', the Netherland ambassador of South Korea, and finally, his best friend!
Sean also relayed his heartfelt story of how he met Park Seung Il, former pro-basketball player and founder of the Seungil Hope Foundation for Lou Gehrig's disease, and decided to help Park Seung Il's dream of establishing Korea's first ever hospital dedicated to Lou Gehrig's disease for the past 10 years.
Best of luck to the '2018 Ice Bucket Challenge' and to the building of Korea's first ever rehabilitation hospital for Lou Gehrig's disease! Check out Sean's updates below.

_ 2018 Ice Bucket Challenge The campaign is to help build the first Lou Gehrig Hospital in Korea. It will be a big help to patience with Lou Gehrig disease and their family. This was my friend', Seungil Park's dream for 16 years.He's been suffering from the Lou Gehrig disease for 16 years and his dream is to build that first hospital. I met him 9 years ago and I promise him I will walk that path with him to achieve that dream. Seungil Hope Foundatio purchased the land for the hospital this April 27. This campaign is to stack the bricks to build the hospital on that land. I want to nominate 3 people for the ice bucket challenge. Eddie Nixon,MANAGING DIRECTOR OF ADIDAS KOREA @eddienixon Lody Embrechts, Netherland Ambassador of South Korea @lody.christine My dear best friend David Cottercio You have 24 hours to accept the challenge or donate or both:) and nominate 3 people _ Please support the campaign to help build the first Lou Gehrig hospital in Korea. Seungil Hope Foundation www.sihope.or.kr 02-3453-6865 Acc. No. Shinhan Bank 100-028-685586 ???:?????? _ #???????? #2018icebucketchallenge #?????? #???????

"He needs to practice more," Netizens aren't impressed after hearing Kang Daniel's live performance on 'The Show'
56 minutes ago   26   4,754

Paju City concludes investigation into BLACKPINK's Jennie and states she did not break quarantine rules
2 hours ago   19   3,018

Netizens pick the idol members who dance well with steady vocals during live performances
3 hours ago   70   9,066

BuzzFeed: G-Dragon is the Champion of Inclusivity in Conservative South Korea
4 hours ago   54   3,620

This singer is gaining attention for his unrecognizable transformation after dieting
34 minutes ago   3   2,772

"He needs to practice more," Netizens aren't impressed after hearing Kang Daniel's live performance on 'The Show'
56 minutes ago   26   4,754

AB6IX gets mentioned on American sitcom 'Chad,' will they make an appearance on the show?
1 hour ago   1   771

Designer decides to pull BTS Jimin's hanbok entry from charity auction after the constant harassment by Akgaes
8 hours ago   124   8,788

Netizens pick 12 idols who would get automatic disapproval for marriage when meeting the parents based on appearance
2 days ago   103   74,351