Kpop concepts that were inspired by 1950's American culture 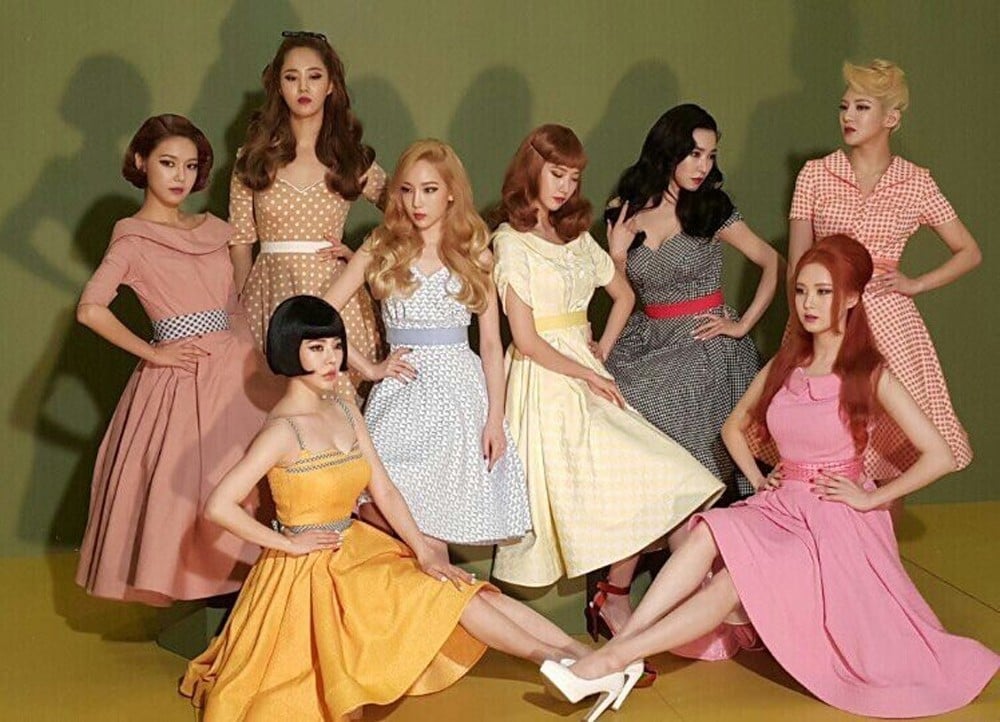 1. SPICA - You Don't Love Me
?
This is the song that made me love SPICA when it was released! Their vocals and visuals fit the 1950's so well it's almost as if they time traveled back to the middle of the decade to achieve the time period perfectly! Their voices emulate so well together, and the outfits from this music video are another reason why SPICA gave the 50's justice!
2. Girls' Generation - Lion Heart
?
Another modern take on the 50's comes from none other than Girls' Generation. One of their most successful singles to date, "Lion Heart" serves as an iconic pose to the styles and subsets that come from the 1950's all over the world.
3. Brown Eyed Girls - Warm Hole
?
Brown Eyed Girls' music video for "Warm Hole" fits in more with the 50's ideas, the song has a few elements, like the deep vocals that span out and reach the vibes close enough. The overall song has more of a pop structure going on, but it was too good not to add to this list!
4. TVXQ - Something
?
This music video is the epitome of the 1950's. The whispering into those classic microphones gives this music video a perfect touch of this time era! Not to mention the brown lighting, which fits right in with the color scheme that was normal back in the day.
5. Girl's Day - Darling
?
This is a much more modern take on the 50's feels, but Girl's Day still made it work. Their white dresses that twirl wide and high, and their bumpin' beat while singing made this song feel as retro as could be!
6. Lee Hyori - Miss Korea
?
Lee Hyori is an exceptional soloist, her talents are indescribable. "Miss Korea" shows her greatest potential and singing voice, unlike any other song she has sung!
7. MAMAMOO, eSNa - Ahh Oop
?
The MAMAMOO ladies vocals that fit the throwback concepts so perfectly. The deep notes and their perfectly timed high notes are undeniably some of the best in the industry! The music video is also what gave this song the 1950's vibe the most, with the vintage full-circle skirts with plaid patterns and heels to match!
8. Wonder Girls - Nobody
?
"Nobody" was a major score for the Wonder Girls back during release, and gave them much international success which they proudly accepted. "Nobody" features the 50's hairdo's, dresses and dancing so well, which is why these girls are dubbed as The Retro Queens!
9. SECRET - Shy Boy
?
This doo-wop inspired song is well rounded with concept visuals that perfectly match the off-beat innovations that this genre inspired in the 50's. Doo-wop was inspired from pop-synth sounds, so SECRET hit it just right with their vocals and simple beat.

"V was my service boy," Netizens revisit the streamer who confessed that he bullied BTS's V when they were in school
2 days ago   90   88,434