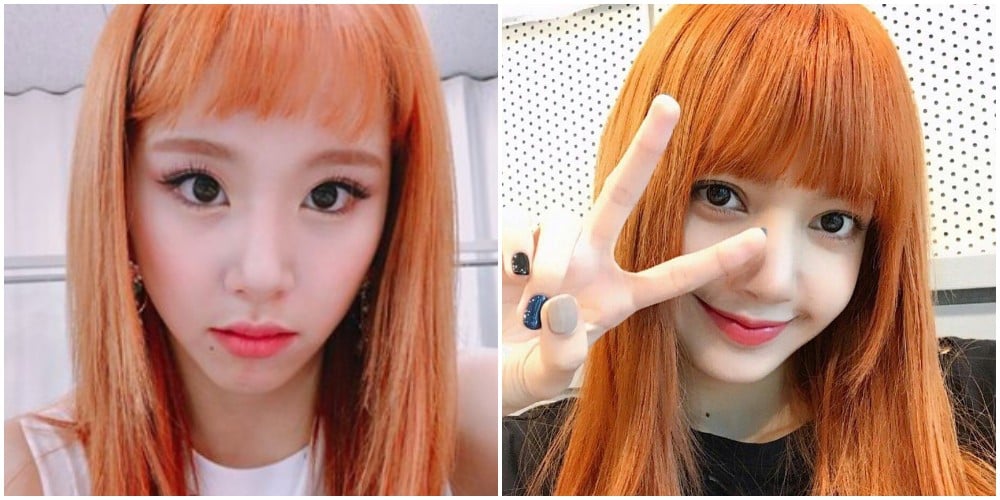 TWICE's Instagram was bombarded with hate comments because of Chaeyoung's new hairstyle.
On June 3, Chaeyoung uploaded a set of selfies showing off her new bright orange hair.

The post received tons of comments. Unfortunately, they were mostly negative ones comparing Chaeyoung to Black Pink's Lisa. Lisa's Akgae fans pointed out how Chaeyoung "copied" Lisa's signature look - long hair with straight bangs - and fired criticism. Some even left pure comments of hate, stating, "F*ck TWICE", "ONCE is shit." 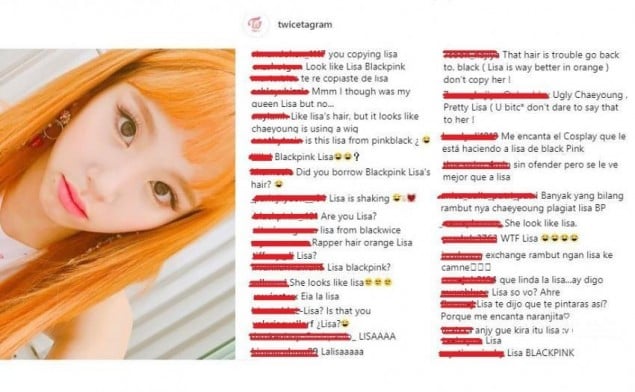 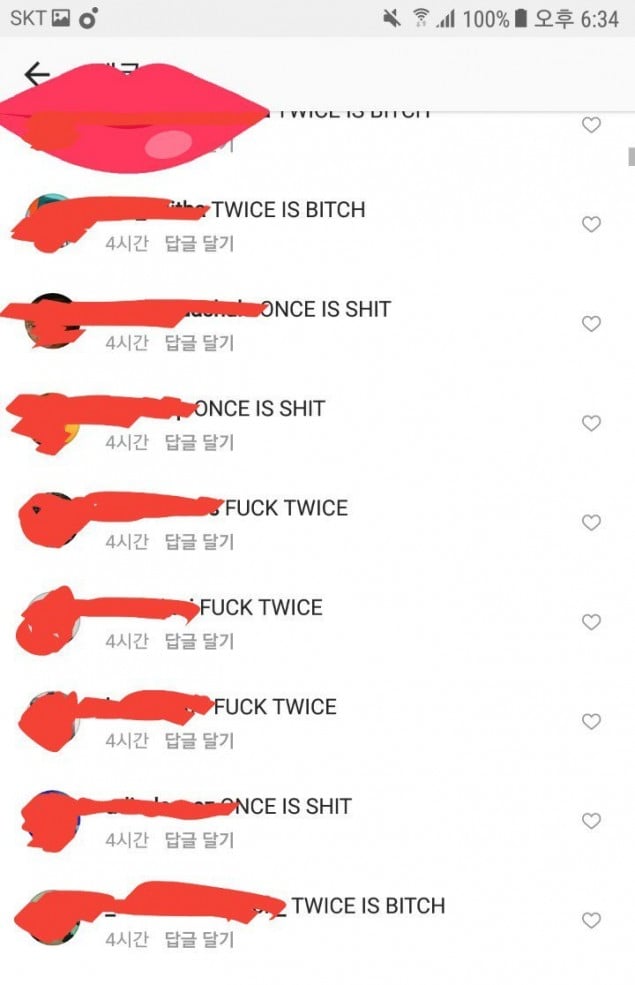 Netizens are finding the fans' actions extremely rude and inappropriate. Comments stated, "They are only making Lisa look bad", "Even Black Pink fans are against Lisa's rude fans", "They are crazy."
Share this article
Facebook
Twitter
2 51,334 Share 100% Upvoted

Words are powerful and should be used wisely even on the internet where one's identity can be easily disguised. Let's not use the internet as a place to promote hate, but rather let's take a stand to create more positive content that can fill the internet with more love and peace rather than negativity and hate.

Snsd had that hairstyle too

Seoul High Court reveals the list of contestants who were negatively affected by 'Produce 101' vote rigging
7 hours ago   63   55,376

Complutense University of Madrid makes a statement about Seo Ye Ji's alleged acceptance into their university
10 hours ago   98   108,012