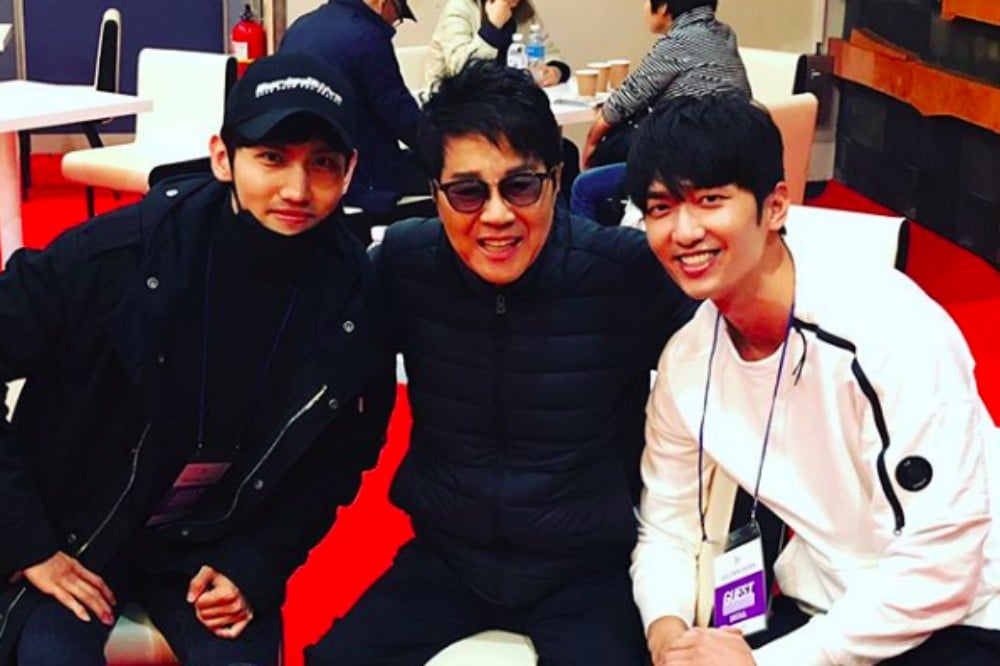 TVXQ's Changmin snapped a photo with the legendary, veteran artist Cho Yong Pil.
On May 12, Changmin uploaded a photo of himself, TRAX's Jungmo, and Cho Yong Pil with the caption that reads, "It's too bad Yunho hyung was busy filming! The word 'King' should explain how marvelous the show was...both Jungmo hyung and I were lost for words as we came out of the show...," expressing how impressed they were but also showing respect to the legend, Cho Yong Pil.
The photo was uploaded after both Changmin and Jungmo attended Cho Yong Pil's 50th-anniversary concert, 'Thanks To You', which took place on May 12 at the Jamsil Sports Complex, entertaining more than 45,000 fans.

One of the biggest online communities lists idol members by popularity
13 hours ago   60   24,664

BTSâ€™s V becomes the master of the holy trinity of entertainment as he adds an award for â€˜Best OSTâ€™ to his existing collection of awards for acting and dancing
16 hours ago   34   6,807

Netizens react coldly to the news that Park Yoochun will be starting his own YouTube channel
3 days ago   106   21,284