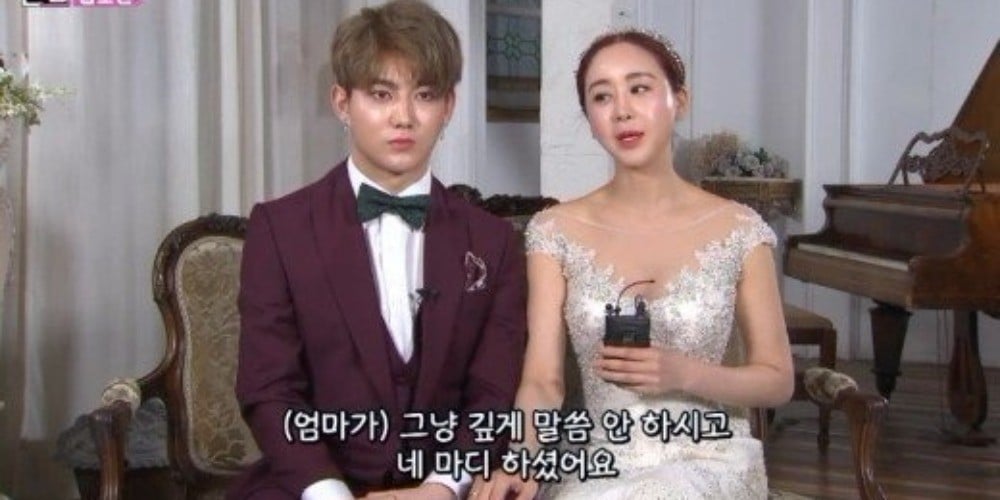 Actress Ham So Won (42) and former Chinese idol trainee Jin Hua (24) opened up about their tough journey to marriage.

On the April 17 airing of SBS' 'One Night TV Entertainment', the couple shared the story behind their marriage.

It's reported that Jin Hua fell in love with Ham So Won at first sight and proposed to her after a month of dating. However, they faced difficulties as their parents strongly opposed their relationship.

Jin Hua revealed, "My father told me that he would cut off our father and son relationship." Ham So Won also shared, "My mom just said one thing. She told me to stop."

Despite the oppositions and the age gap of 18 years, Jin Hua and Ham So Won registered for marriage and held their wedding in April.

You can check out their official wedding photos here. 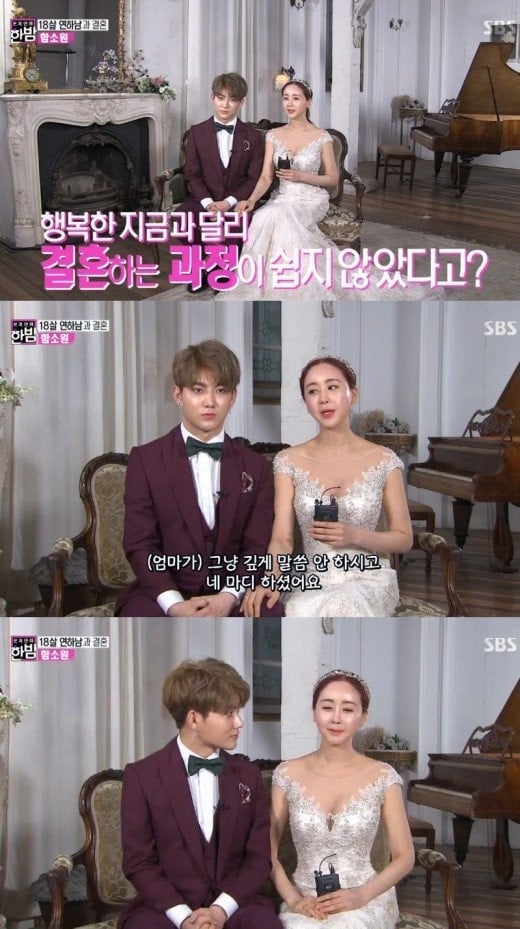 'The Late Late Show With James Corden' deletes videos of the host calling BTS's appearance at the UN 'unusual' in response to backlash from ARMYs
2 days ago   142   90,214