The May 12 broadcast of JTBC's 'Crime Scene 3' welcomed NS Yoon-G back to the show!

Titled the 'Murder Inside the Police Academy,' NS Yoon-G and EXID's Hani participated as guests on this episdoe in place of fixed cast member A Pink's Eunji. Kim Ji Hoon took on the role of the principal, NS Yoon-G acted as a professor, and Hani played a part-time instructor. Park Ji Yoon was also an educator, with Yang Se Hyung acting as the supervisor.

The members began to accuse one another, deciphering one another's every move. As they set out to look for clues, they came across a piece of evidence in Principal Kim's office as well as a text message from Professor Yoon's room, causing suspicion.

As the number of suspects began to increase, the members became overwhelmed and ultimately failed to point out the culprit. The mysterious suspect was none other than NS Yoon-G herself, shocking viewers for her clever disguise. Check out clips from the episode above and below! 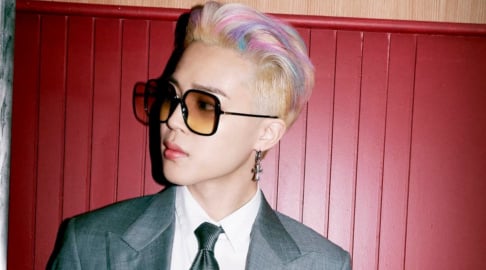 Park Jimin trends worldwide in less than 5 minutes and peaks highest at No. 1 on Japan’s Twipple following the release of his “Butter” concept photo
23 minutes ago   9   386