Having a second marriage with a young girlfriend who is 18 years your junior is a big no-no because this is South Korea, not Hollywood. Veteran singer Lim Chang Jung is, unfortunately, receiving many disparaging comments rather than congratulatory ones about his marriage.

On January 6, Lim Chang Jung (43) and his girlfriend Ms. Seo (25) held a beautiful wedding in Gangnam. However, reactions to the couple's meaningful day have been filled with negativity.

Netizens showed signs of disapproval as they commented, "If I were the bride's mom, I'd be so upset.. She's turned into a mother of 4 right after marriage", "Ew... TT They look like uncle and niece..", "They're ripping the hearts of the bride's parents. She has become a mother of 3 + a baby on the way... She's entering the gates of hell", "She looks like his daughter..", and more.

The fact that Lim Chang Jung divorced, had 3 kids, dated a girlfriend 18 years his junior, got her pregnant and is going through with another marriage seems to be disturbing K-netz.

What do you think of the reactions to Lim Chang Jung's marriage?

Informant A reveals that BTS Suga was well aware it was Jim Jones' speech and intentionally sampled it for his mixtape
20 hours ago   191   35,515 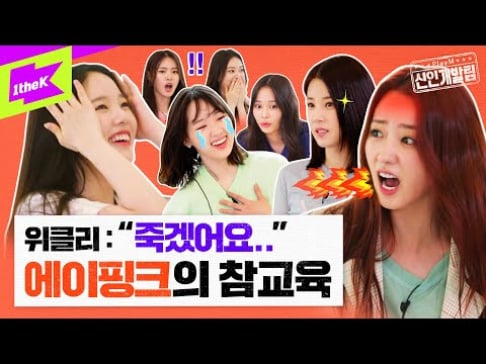 Bomi & Chorong praising Weeekly rookies: "Pretty good, they will beast every performance in the future"
1 hour ago   0   129

Informant A reveals that BTS Suga was well aware it was Jim Jones' speech and intentionally sampled it for his mixtape
20 hours ago   191   35,515

Big Hit Entertainment reiterates earlier statement of response to speech sample used in 'What Do You Think?'
11 hours ago   121   31,477