Kim Min Hee's mother stood up for her daughter, regardless of the fact that the actress is reportedly involved in an affair with married film director Hong Sang Soo.

On June 21, past 'Kakao Talk' messages between Kim Min Hee's mother and Hong Sang Soo's wife were revealed. The actress's mother defended her daughter while the director's wife expressed her pain. Their messages are as follows:

Hong Sang Soo's wife: Please help me convince your daughter. I am in so much pain.

Kim Min Hee's mother: Who do you think is in more pain? The wife of the husband who is having an affair, or the mother of the daughter who is in love with a married man?

Wife:You don't understand the feelings of the woman who has had her husband stolen from her. Ask anyone around you who is in the more difficult situation.

Wife: Your daughter is an adulterer who has broken up a happy family.

Mother: I raised my daughter preciously. Do not speak ill of her.

Wife: This is not a situation for you to be telling me how preciously you raised her.

Mother: You are also a mother of a daughter yourself.

Wife: You do not seem to realize that in this situation, it wouldn't even be enough for you to apologize to me a hundred times for raising your daughter the way you did and putting my family through this pain.

Mother: Well, the director will return to you soon once he realizes what is right.

Meanwhile, Kim Min Hee is continuously under criticism for her affair with Hong Sang Soo.

Gugudan invite you to their theater in another debut film for 'The Little Mermaid'!

NewJeans' Minji praised for having a classic beauty with minimal makeup and no plastic surgery
1 hour ago   12   4,251

HYBE ADOR's Min Hee Jin responds to the accusations that she is glamorizing pedophilia
5 hours ago   81   17,954

"What about us?" Red Velvet fans angered after NCT Dream announces resumption of their canceled concerts
3 hours ago   18   5,410 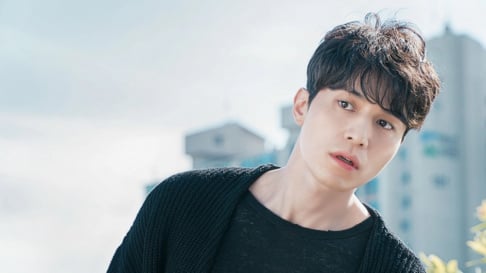 NewJeans' Minji praised for having a classic beauty with minimal makeup and no plastic surgery
1 hour ago   12   4,251

HYBE ADOR's Min Hee Jin responds to the accusations that she is glamorizing pedophilia
5 hours ago   81   17,954