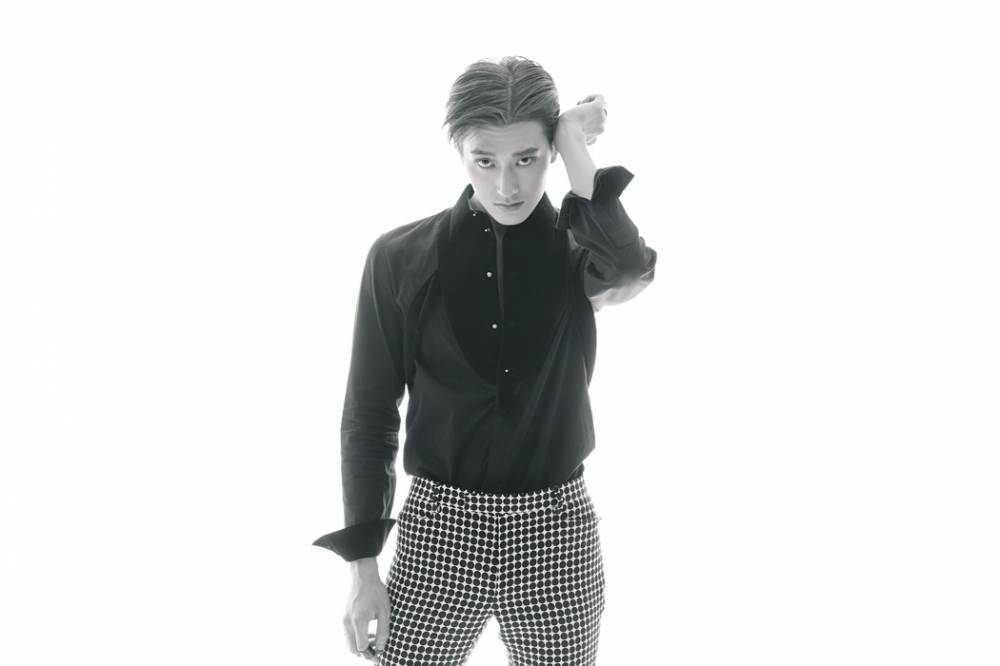 Super Junior-M's Zhoumi has stepped up to clear up the misunderstanding surrounding his story of his mother getting mugged in China with a recent post on his Weibo account.

After his recent appearance on the Korean show 'Abnormal Summit', Chinese fans and viewers, who watched or heard about the singer's segment on the show, became offended and criticized Zhoumi for portraying his home country, China, in a bad manner.

As mentioned in the previous article on 'Abnormal Summit', Zhoumi recalled a story of his mom being mugged after being sprayed by some kind of substance. As he recounted the story he said he believed that although China isn't a dangerous country, one must still be careful. This offended Chinese netizens who criticized Zhoumi for seemingly betraying his home country and accused him of fabricating the story. The misunderstanding seems to have especially grown due to inaccurate Chinese translations spread around.

Zhoumi apologized to his Chinese fans and explained his words on the show by writing on his Weibo:

"Hello. It's Zhoumi. I spent the last several days in pain going back and forth on whether to write an apology or not. But I don't understand how there is a misunderstanding that I don't love my own country and that I stained the reputation of China through this incident. As a Chinese man promoting in Korea, I am very proud of being Chinese. Whatever explanation I give right now, it would be difficult to regain the trust of the public. Still, I will try to explain the exact situation.

1. 'Abnormal Summit' is a program which invites foreigners living in Korea and holds conversation. On the day of filming, the topic was 'public order'. The entire panel explained the past and current state of public order in their own homelands, and I also gave an example as a guest.

2. The story I talked about during the filming is something that happened a very long time ago.

3. I said on the program that [my mother] became a victim of fraud on her way to the airport. But, the location was misunderstood to be the airport.

4. At the time of the fraud, my mother lost consciousness, and the things I said on the program were what I heard from my mom. On 'Abnormal Summit', I used the Korean word, 'spray', and not the word, 'hypnotic drug'. In my mother's unconscious state at the time, she was robbed of her cash, bank card, security number, identification, and all of the possessions in her bag. Within 1 hour [since the crime], the amount of 50,000 Yuan was withdrawn from her 3 bank cards. (The 10 million KRW (~9,050 USD) that I mentioned on 'Abnormal Summit' is what it converts to in Korean currency.)

6. Before the program was over, I had the opportunity to share my thoughts. At the time, I said that in whichever country you go to, even if a country is said to be safe, you have to exercise caution.

7. All of the things that I said on the program are true. It is what my mother experienced herself. A lot of people are saying that I lied. Right when I enrolled in college, my mother faced that incident. Only after my mother came back to stability after losing her consciousness on the day of the incident, I found out that she was robbed of all her possessions including her ID. After reporting it to the police, she was able to get just enough money from a friend to return home. Fortunately, my mother's personal safety was not compromised. However, this story was definitely not a lie that was fabricated.

'Abnormal Summit' is a Korean program. Because I am not fluent in Korean, I wasn't able to explain it in detail. I never intended to harm the image of China. I will deeply reflect once again. The things going around the internet are misrepresented stories. If you watch the program, you would know. I feel proud for being able to appear on a Korean program as a Chinese man. I apologize once again."

Hopefully with this detailed explanation, the Chinese viewers who had misunderstood Zhoumi will realize that the idol was not trying to portray a negative image of his home country.

Fans of NCT's Jaehyun attack Singaporean newspaper for 'damaging his reputation'
11 hours ago   34   31,958