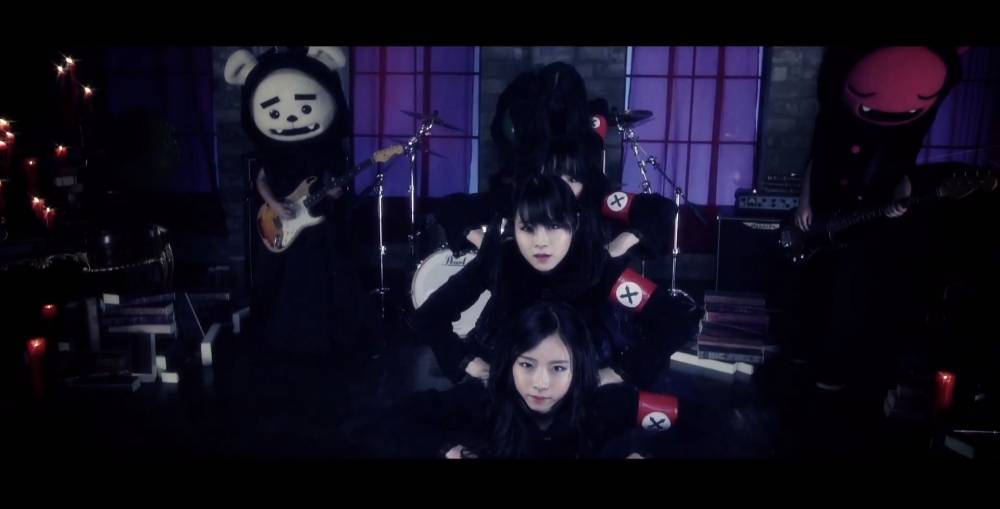 Back on November 18, entertainment agency Pandagram confessed that the company was in a state of confusion regarding Pritz's armband issue. On November 20, Pandagram apologized for the controversy, in which their girl group Pritz's armbands were likened to that of the Nazi armband, but revealed that they will not be making changes.

Pandagram representatives explained through an official statement, "We used the armband to express Pritz's ambition and strong willpower. The meaning of the 'X' symbol and the arrows is that they are branching out in every direction in terms of communication and unity."

Pandagram apologized for the miscommunication, saying, "We apologize that it conjured the image of the Hakenkreuz symbol for many people. However, there is no reason for us to support the Nazi Party with the Nazi symbol. We, too, dislike them."

Pandagram concluded with, "We will show you Pritz's intention and will to resolve the misunderstanding regarding the armbands, and through more and more activities we will make it known that Pritz is not a 'Nazi Group'."

Netizens expressed their thoughts regarding the agency's response with the top comments reading, "Even before they started they failed... Just pack your bags", "Even in Germany, anyone who does anything related to the Nazi symbol can get arrested; in our country, which is still hurting from events in history as well, is there no one around you who could point this out or advise you about this?", "Just stop giving them attention, that's the answer", and more.
Share this article
Facebook
Twitter
0 23,888 Share 13% Upvoted

"He needs to practice more," Netizens aren't impressed after hearing Kang Daniel's live performance on 'The Show'
30 minutes ago   12   3,048

Netizens pick the idol members who dance well with steady vocals during live performances
2 hours ago   55   7,859

Brave Girls' Yujeong charms netizens with her cute and honest personality as she shows her round belly on TV
2 hours ago   5   4,412

BuzzFeed: G-Dragon is the Champion of Inclusivity in Conservative South Korea
4 hours ago   54   3,292

This singer is gaining attention for his unrecognizable transformation after dieting
8 minutes ago   1   1,050

"He needs to practice more," Netizens aren't impressed after hearing Kang Daniel's live performance on 'The Show'
30 minutes ago   12   3,048

AB6IX gets mentioned on American sitcom 'Chad,' will they make an appearance on the show?
56 minutes ago   1   683

Paju City concludes investigation into BLACKPINK's Jennie and states she did not break quarantine rules
1 hour ago   18   2,559

Designer decides to pull BTS Jimin's hanbok entry from charity auction after the constant harassment by Akgaes
7 hours ago   123   8,592

Netizens pick 12 idols who would get automatic disapproval for marriage when meeting the parents based on appearance
2 days ago   103   74,319