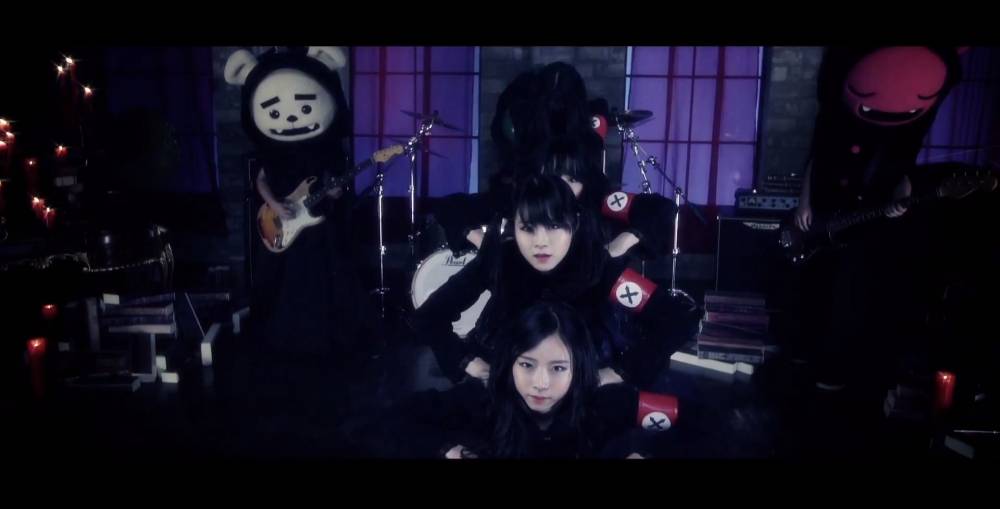 On November 18, Pritz released their MV for "Sora Sora". In the MV, they can be seen wearing red armbands containing white circles and a black cross with arrowheads on the ends. The armbands' design has been compared to that of the Nazi Hakenkreuz as well as the Arrow Cross, two symbols that carry racist connotations.

The Pritz members have worn these armbands prior to the MV release during their November 2 outdoor performance, when they first received attention for wearing such a symbol. A representative from their entertainment label Pandagram, which had originally stated that it would consider possibly changing the logo in the official MV, told Maeil Business Newspaper, "We did not modify Pritz's MV and released it. We were instructed that there was no need for modifications."

Although Pandagram had also previously stated that Pritz's armbands were not based on the Hakenkreuz but rather the Korean speed limit sign, which contains a white circle with a red band wrapped around it, the representative seemed to deny that is the case. He stated, "It seems that the head of the company was shocked by the sudden controversy that he provided the traffic sign explanation in his state of confusion," suggesting that the armbands are not meant to resemble the speed limit signs after all.

Aware of the ongoing controversy, the representative continued, "Although domestic and international netizens are still debating the issue, there is no official, formal change. The company will explain the issue soon."

He added, "Their concept was originally planned as one where they wear armbands and go on stage." He continued to share that the company was in a confused state, saying, "Because we have no detailed policy, we are acting cautiously."

Netizens reacted negatively to this news, criticizing the company and girl group and musing that the Hakenkreuz similarities were done on purpose as a noise marketing tactic. Top comments include: "This is the answer from this vulgar, Korea-shaming, idiotic company and its girl group that just follows, saying that they're burying the issue," "Shame of the nation," and, "They're doing that on purpose. It seems like they planned all of this from the start."

Meanwhile, international netizens have noticed similarities between Pritz and Japanese idol group Baby Metal for their similar look, concept, and sound. Our users' noticed this and commented, "Baby Metal-ripoff... period," "It looks and even sounds like J-Pop," and, "All I see is Baby Metal."

Netizens are speechless and astounded by Goo Hye Sun saying that people should 'forgive' Ahn Jae Hyun's wrongdoings
14 hours ago   74   36,464

Goo Hye Sun says that people should 'forgive' Ahn Jae Hyun's wrongdoings + sues a YouTube reporter for accusing her of lying
1 day ago   89   27,764

"So wasteful just to get voting tickets..." Korean netizens can't believe the amount of milk that was thrown away by Chinese idol fans
2 days ago   87   37,429