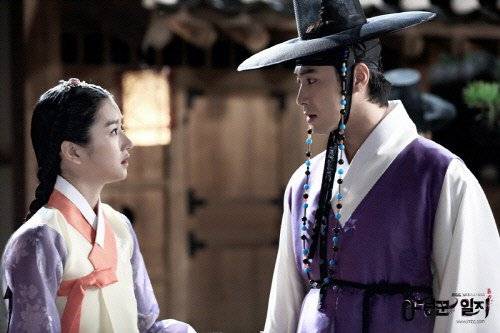 It just seems like the year of celebrity relationships as yet another potential couple has been reported on. This time the report involves none other than TVXQ's Yunho, who is rumored to be in a relationship with his co-actress of drama 'The Night Watchman', Seo Ye Ji!

According to newspaper Sports Seoul, Yunho and Seo Ye Ji have progressed from being co-stars into a couple. A source told the newspaper, "The two are meeting with good feelings for one another as they shoot their drama. They are a cute couple who will consult with one another about their acting as well... Because of eyes on set, they act carefully around each other on set, but on their days off they will go on dates."

Apparently an insider from the drama also stated, "Although we already caught on that the two are seeing one another, we don't express that we know [of their relationship]. There is the factor of keeping up the atmosphere of the drama, and because they also have their separate love lines, it seems like they're trying to make sure they don't cause any harm to the drama. Despite this, I don't think you can hide love. You can see it in their eyes that it's different."

Stay tuned for updates to come!

[Update] - One rep from Seo Ye Ji's agency told Osen that the two are just of close dongseng and oppa type of relationship. The rep commented, "She said Yunho is a close oppa who takes good care of her. They're not dating."

SM Entertainment also followed right up with their short and sweet response, "They're just co-stars who appear in the same drama."

BTS's Jungkook trends at #1 Worldwide, being a highlight in 'Permission To Dance Online Concert' with his mesmerizing performance, visuals, and hair
2 hours ago   46   5,050

BTS's Jungkook trends at #1 Worldwide, being a highlight in 'Permission To Dance Online Concert' with his mesmerizing performance, visuals, and hair
2 hours ago   46   5,050

Fans ask an apology from aespa's Giselle over a video that allegedly showed her lip-syncing a racial slur
1 day ago   464   97,523