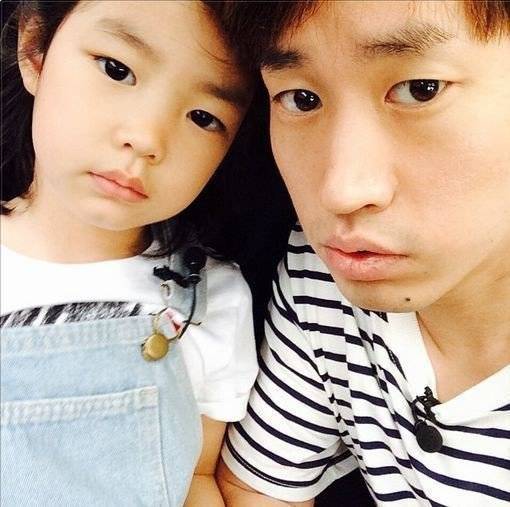 Tablo's agency denied rumors brought up with recent reports about his family leaving 'Superman is Back' at the end of the year.

According to one article, broadcast insiders stated that Tablo was sorting out his busy schedule for his upcoming comeback reportedly set for this fall, and ultimately made the decision to stay on the show only up until the end of this year.

In response, a YG Entertainment rep told Star News on the 14th, "We haven't discussed their possible leave, so we don't know why there are rumors that they will stay on the show only up until the end of this year... We've never even talked about how long they will stay on the program or when they will leave... There was no such talk, so they will continue to do the show. As long as there are no changes made to the show itself, they will keep appearing on it."

So you can let out a sigh of relief as Tablo and Haru seem to be in it for the long run!

Netizens talk about fans who only support favorite member of an idol group
5 hours ago   45   13,076

Handsome male celebrities who would look gorgeous as females
32 minutes ago   6   2,007

HYBE's Bang Si Hyuk now owns stocks worth as much as the chairman of Hyundai Motor Group
1 hour ago   7   2,427

Former AOA member Mina says she's all better after she went through shamanistic rituals
20 hours ago   71   11,751

BLACKPINK's Jennie boasts of her loveable charms with cute freckles while eating a burger
2 days ago   89   12,148

April's Chaewon reveals her side of the story in response to the claims made by Hyunjoo's brother, via lengthy fancafe post
3 days ago   69   20,170