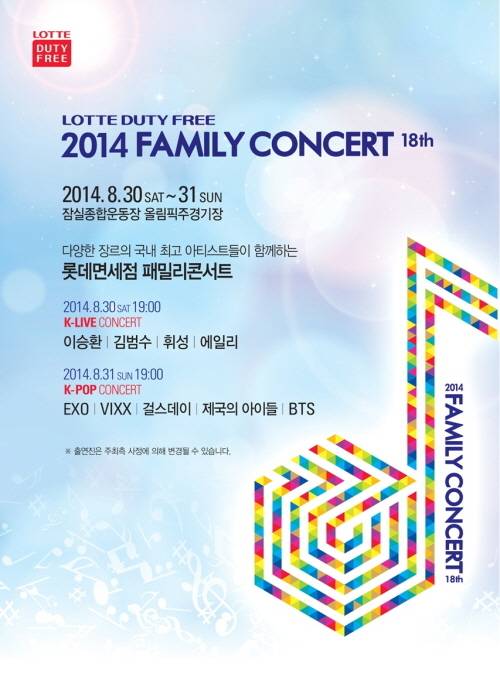 If you're in Korea either as a visitor or a resident, then prepare yourself for the best weekend ever. Lotte's '18th 2014 Family Concert,' featuring your faves, is taking place on August 30-31. Did someone say… EXO?

This is going to be a large-scale concert, filled with talent and eye-candy galore. Held at the main stadium of the Jamsil Sports Complex, the concert will be open to a whopping number of 12 thousand audience members and will be a 3-day event. Tourists and Korean locals alike are welcome to enjoy the Hallyu magic.

There will be performances on August 30 by vocal angels Lee Seung Hwan, Kim Bum Soo, Wheesung, and Ailee, and on August 31 by K-Pop stars EXO-K, EXO-M, VIXX, Girl's Day, ZE:A, BTS, and Boys Republic. There will also be an OST drama concert featuring singers Lyn and Younha, as well as appearances by special guests, Kim Soo Hyun and Park Hae Jin. 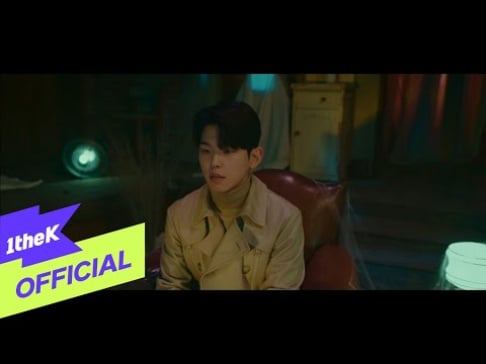 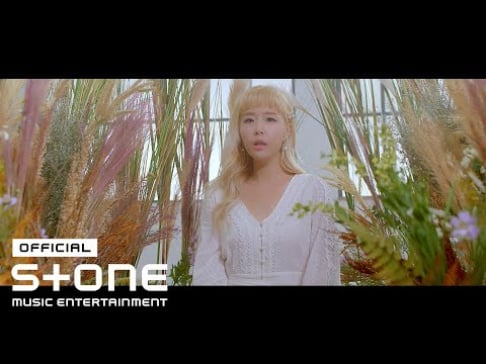