Woohyun and Key talk about the formation of Toheart, their bromance, and reactions of their group members 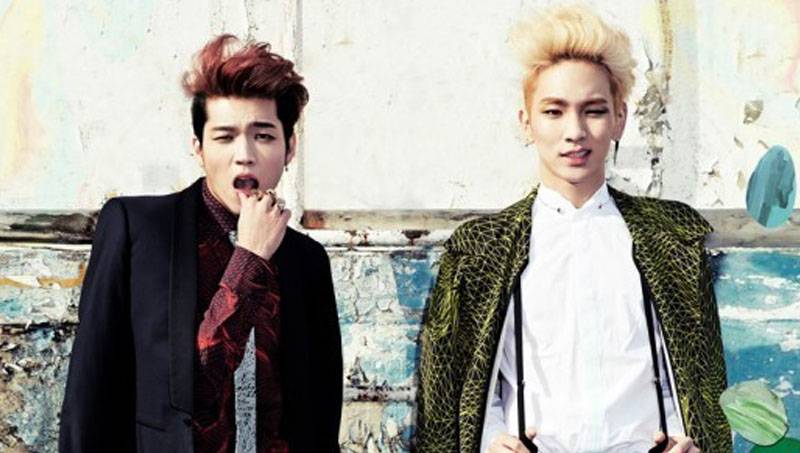 INFINITE's Woohyun and SHINee's Key had a showcase on March 10 for their first release 'Delicious' as duo unit Toheart and resolved a few curiosities surrounding their unit formation.

The two revealed the behind-story about how they had come together as a unit. Woohyun revealed, "At first, our companies were different," referring to when Woollim Entertainment had not merged with SM C&C.  He continued, "However, we were able to become a team after our agencies became under one company."

He said, "I told the boss that I wanted to do a unit with Key and he told me he thought it would be a good project.  He even had more thoughts about it than I did.  I am really grateful."

Key added, "Truthfully, we were just thinking of making it a small project, but it ended up becoming big."

The two, both of the '91 line, had first met on a radio program and have since then become well-known celebrity best friends, who even describe each other as their alter egos.

Regarding their friendship, Key said, "Woohyun and I have a lot of similarities. It was to the point I even asked him, 'Are you me?'"

When asked if the members of SHINee and INFINITE were not upset by the two's decision to form a unit outside of their groups, Woohyun light heartedly said, "Sunggyu said he really liked our song and was jealous. He wanted to do a duet with me, but because I ended up releasing an album with Key, he was a bit wishful but would also act jealous in a cute way... If there is another opportunity, I want to form a duet unit with Sunggyu."

Key shared, "I didn't tell the SHINee members that this project existed at first. I was going to make it a surprise project, but it turned out they all already knew about it... Rather than asking me to let them hear the song ahead of time, the members said they wanted to look forward to it and listen to it on the day it was released."

Woohyun further shared his feelings on what it was like to work with his best friend as he added, "It is a precious thing to be able to do music with a friend. I really enjoyed making an album with Key and there were a lot of fun things that happened. While working on the album, it felt like I was having fun, more so than feeling like I was working on something."

Toheart will start performing their unit song this week, kicking off with 'M! Countdown' on the 13th!

Netizens furious to find more autographed albums from various artists listed for sale in an online market
5 hours ago   22   14,923