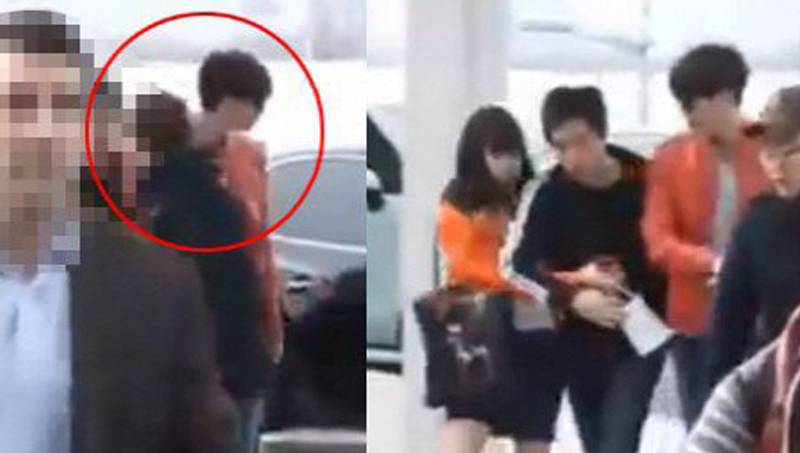 It appears people are on the alert for "rude behavior" as netizens previously criticized HyunA for her behavior on 'Beatles Code 3D' and they've now caught sight of actor Lee Jong Suk allegedly shaking off a fan in a cold manner.

On March 27, Lee Jong Suk left Korea through the Incheon International Airport in order to attend the 'HUGO BOSS Flagship Store Opening Event' in Hong Kong as the Korean representative.  At the airport, one female fan, who was waiting to see him, approached him in order to give him a present and tugged on his arm.

This caused someone who appeared to be the manager to come in between the two. Lee Jong Suk, apparently taken aback by this situation, supposedly jerked his arm loose and walked away to enter the airport.

Pictures of this incident were uploaded all over the internet and netizens responded, "Lee Jong Suk must have been really surprised," "No matter how busy he is, to think he just turned down his fans' present...," "He went too far by jerking his arm away from his fan's present," and more.

Finally, his agency responded, "At the time, he was quickly moving out because he had to make his scheduled departure time.  He was holding coffee when someone suddenly came close to him and grabbed his clothes so he jerked his arm away out of surprise.  He definitely did not ignore the fan." 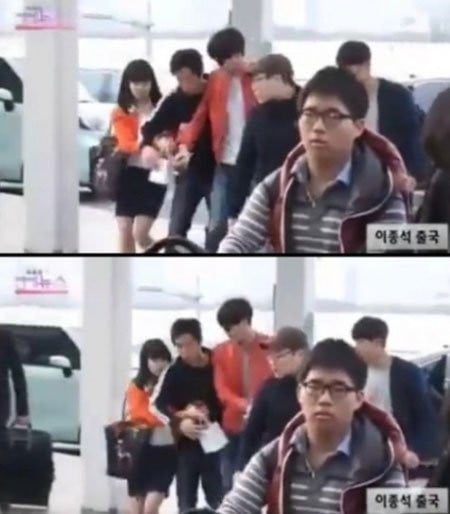 V goes viral among the locals again as Megan Thee Stallion shares pictures of her first meeting with BTS
1 hour ago   10   1,236

'The Late Late Show With James Corden' deletes videos of the host calling BTS's appearance at the UN 'unusual' in response to backlash from ARMYs
23 hours ago   137   81,335

Actor Nam Goong Min nonchalantly shuts down rumors of his alleged steroid use by uploading a photo of himself at the gym
2 days ago   59   43,666