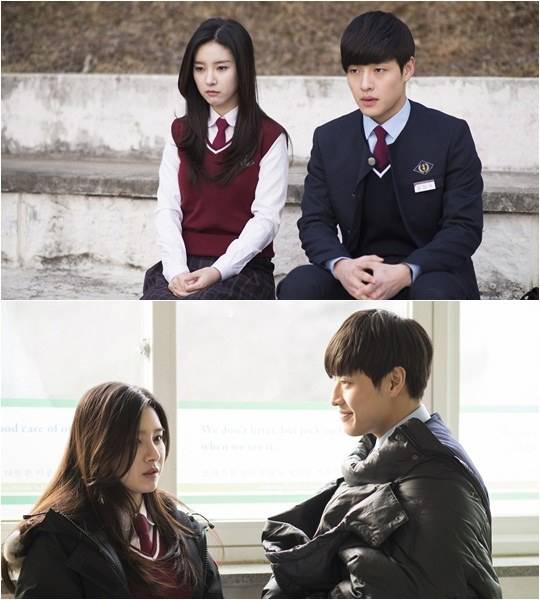 Kim So Eun and Kang Ha Neul showed their chemistry both on and offscreen for their upcoming horror film 'The Girl's Grave'.

Kim So Eun and Kang Ha Neul returned to donning school uniforms for the teen horror movie during their first filming on February 27. Even when the cameras weren't rolling the onscreen couple warmed up to each other.

Kang Ha Neul shared, "Although it is nerve-racking to take on my first lead role and horror film, I will work hard and show a good image." Kim So Eun also said, "It was really exciting to arrive on set. Even though it was our first filming, the actors, director, and staff all had good teamwork."

'The Girl's Grave' is directed by Oh In Chun and portrays the story of In Soo (Kang Ha Neul) who has the sixth sense of seeing ghosts and meets a myserious female ghost (Kim So Eun) at his new school when his classmates start disappearing one by one.

April's Chaewon & Yena say that Hyunjoo is unfairly accusing them as 'assailants' and acting as a 'victim', the truth will be revealed
2 days ago   215   53,245

Former April member Hyunjoo personally admits she was physically & verbally bullied by her group for 3 years, DSP will not let her terminate her contract
2 days ago   143   72,605

Seo Ye Ji expected to pay billions of KRW in penalties for her breach of advertisement contract
2 days ago   134   136,136

"There was always laughter around Seo Ye Ji," film director Seo Yoo Min praises the actress in light of the recent controversy
3 days ago   113   43,884