KBS, SBS, and MBC to wait for court verdict before determining whether to ban Park Si Hoo from broadcast appearances

KBS, SBS, and MBC will be waiting for the verdict in Park Si Hoo's sexual assault case before determining whether he will be banned from the broadcasting stations or not.

Yesterday, Go Young Wook was sentenced to 5 years of jail and 10 years of wearing an electronic anklet for engaging in sexual acts with minors and sexual assault. However, even before his official sentence, all three KBS, SBS, and MBC had banned him from entering broadcast stations since May 2012.

However, the broadcast stations seem to be looking at Park Si Hoo's case in a slightly different light as there are no minors involved, so no bans have been placed on the actor yet. Media outlet Osen called the three broadcast stations, who all gave similar responses stating that they'll be waiting until the verdict has been reached in the courts.

MBC explained, "When a celebrity has caused a disturbance, we decide on whether to ban that person or not after there is a legal judgement. However, in the case of Go Young Wook, since the issue itself was on sexually assaulting minors, we had decided to ban him from appearing last year."

KBS gave a similar answer, saying, "Since there is no decision, he is currently not a subject under broadcast regulations." SBS revealed that they will also wait for the verdict and added, "People who have received sentences that are problematic to the society cannot appear on broadcast. We decide depending on common sense."

As mentioned previously, police investigations have been wrapped up for Park Si Hoo's case, which has been forwarded to the prosecution for review, and a battle in the courts will most likely take place in the following months.

Girls' Generation explain why YoonA is currently acting as the team leader
6 hours ago   22   20,465

"NI-KI is also a minor": Fans are trying to reach BELIFT LAB to protect 16-year-old ENHYPEN's NI-KI from malicious comments and Sojang's slander
8 hours ago   32   21,826 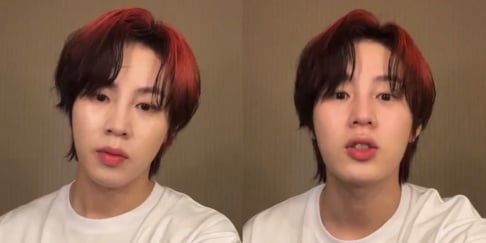 Kim Taehyung's fashion style influences people and gets highlighted by K-media
57 minutes ago   5   1,527

Previously unseen photos of Kim Garam show up on the web through an unknown Twitter account
2 days ago   80   108,062