Way Back Wednesday: Fly to the Sky

There may never be another Kpop group name as poetic or as different as Fly to the Sky. Fly to Sky was one of SM Entertainment's most popular groups and followed the initial wave of idols from the company. They were credited as the first R&B duo in K-pop and known for their soulful sounds but also reaching a mass pop appeal. Each member brought their own style and flair, when combined, they completed one of the most successful duos in K-pop history.

Hwanhee (Hwang Yoon-Seok) was the deep, powerful voice of the group and still has one of the most distinguishable voices in all of K-pop . Hwanhee was urged to audition for SM Entertainment by a staff member of the company when he saw Hwanhee perform at a high school festival. Brian Joo rounded out the sound with his cleaner, lighter, and soulful sound. A friend of Brian's signed him up for an audition while he was living in New Jersey and was accepted to the company. Eventually both would meet and, by 1998, form Fly to the Sky and together would begin a career that would span ten years.

After a few performances at various SM Entertainment events, the duo released their debut album 'Day by Day' in December of 1999 which featured a single of the same name. The song was a pop ballad about unrequited love and was a different sound from the music dominating the K-pop charts at the time. Eschewing dance and pop themes, the song relied on the soulful crooning of its members to convey the emotion of the song. Other tracks on the album included "In My Dream" which was more of a proper R&B song and featured their senior label mates H.O.T. The album was successful and fans began to notice the pair, helping them build a foundation for their future success.

In 2000, the group won the 'Best New Male Artist' award from the SBS Music Awards recognizing their unique talents and sound that helped separate them from other groups in K-pop. The award would be the first of many lauding their achievements.

After participating in the customary SM Town winter album, Fly to the Sky introduced their second album 'Promise' in 2001. The album featured a more varied repertoire of music but the memorable songs like "Promise" and "Always Together" were ballads that helped showcase the vocal range of both members and are some of their defining works. Just like their first album, the group featured a lot collaborations with other artists in the album. Such examples include "I Want" which featured fellow SMer Kangta, another SM member Boa worked with them on "I Want You", and they were also able to work with the King of K-pop R&B, Kim Jo Han on the track, "I Need You".

2002 saw the release of their third album 'Sea of Love'. The single off the album was more of a mid-tempo song and was a huge success. The song held the #1 spot on the charts for two weeks and was played throughout Korea that entire summer. The song catapulted Fly to the Sky into the next level in terms of their popularity, and anyone in Korea that year for the World Cup can attest that the song and music video helped the duo garner much more interest from fans, especially as they began shedding their pretty boy concept and were depicted more as young men.

The second single off of the album was "Condition of My Heart" which was their version of the song written by Brian McKnight. The song returned to their ballad roots and the pair was awarded with the SBS 'Best R&B Artist Award' that year again affirming their status as one of the top groups in K-pop.

"Missing You" was their fourth album and released in 2003. The album was almost a complete departure from the pop sounds of some of their earlier works and focused their attention on their R&B roots. The title single of the same name held the top spot on the music charts for two weeks. The soaring chorus in "Missing You" may make it their trademark song and can still be heard in norebang's across the world as fans belt out this classic.

The popularity of the song was reflected that year with the awards the group received which included the M.net Music Festival 'Best R&B Music Award' and 'Bonsang Awards' (finalist for the Grand Prize) from SBS Music Awards, Seoul Music Awards and the Golden Disk Awards.

2003 was also a sad and controversial year for the group as they lost their manager to an automobile accident following an appearance. Their manager, also the manager for fellow singer BoA, passed away during a tragic accident as he was struck by a car. That same year, Brian found himself in hot water after comments he made regarding the death of two young girls as a result of an accident with the U.S. military in Korea. His comments were construed as being pro-American which caused uproar during that very heated and sensitive time.

In 2004 the pair released their fifth album 'Gravity', which featured two songs written by the members, "Rest of My Life" and "For You". But it was the title single from the album that received the most attention and the entire album was a continuation of their ballad and R&B centered music. While the album wasn't their most successful, the duo did receive the 'Best R&B Award' from the SBS Music Awards.

A greatest hits album "Eternity" was released in 2005 and that same year, the soundtrack for the television drama 'Fashion 70's' featured the group in its' theme song, "Even Though My Heart Aches". The song was a surprise hit and was another success for the tandem.

'Gravity' would be the final studio album the pair would produce with SM Entertainment, and "Eternity", the final album the Fly to the Sky would release with the company. Following the end of their contract, there was speculation as to what each member would do but eventually, they decided to continue as a group and signed with PFull Entertainment and began work on their next project.

After a year-long hiatus, Fly to the Sky returned with their sixth full album in 2006 and the first under their new management titled, 'Transition'. Their return was a smash hit. The first single "Like a Man" reached #1 and held on for three-weeks in a row and the second single "Evasion" also reached the top spot making it one of their most successful albums. The album also featured songs more varied than their previous works like "That Girl is Mine" which is a mid-tempo funk track. The duo was again recognized for their status in the world of K-pop with another 'Bonsang Award' from the SBS Music Awards and the 'R&B Award' from the Mnet KM Music Festival.

In 2006, each member also took the opportunity to pursue individual projects. Brian released his first solo album entitled "The Brian" which comprised an eclectic track list with Brian's smooth vocals in the forefront. Hwanhee tried his hand at acting playing the part of idol singer Rex in the television drama, 'Over the Rainbow'.

Both returned to the studio to release their seventh album, 'No Limitations'. Their string of #1 songs continued with the hit "My Angel" which reached the top spot for two straight weeks and the album itself became their first #1 album. Other hits included the pop ballad "Even If I Can't Have You", and "I Love You" which was featured on the variety show "We Got Married" during Hwanhee's run on the show with singer Hwayobi. Following this album, Hwanhee and Brian recorded and released a cover album of 1990's hits in 2008. Famous songs like "Drunken Confessions" and "Holding On to the End of the Night" were given new twists and the Fly to the Sky treatment and were reintroduced to the public garnering a positive response.

2009 would mark the final album from Fly to the Sky. After a successful and sometimes strained ten year partnership, the duo announced that they would go their separate ways. 'Decennium' stayed true to the formula that had made them stars all these years. Focusing on R&B influenced pop ballads mixed with mid-tempo songs. Tracks like "Confinement", "Good Girl" and "Close to You" featuring Dynamic Duo left fans with the sounds that made the group famous.

Since the end of their run, both members began their solo projects by releasing new albums and continuing their work on TV. Brian went on to release additional solo albums 'Manifold', 'Unveiled' and most recently, "Reborn Part 1". Hwanhee released his mini-albums 'H-Soul' and 'H-Hour' before releasing his first official album, 'Hwanhee' last year. This past October, Hwanhee entered the military to complete his mandatory service.

Fly to the Sky began their journey as teenagers and an idol group but finished their career as mature, grown men with a distinct music style. Though their relationship had very rocky moments, which was evidenced by the pair not even recording their final albums together, they were able to overcome these challenges and then went on to begin new chapters in their lives. While many of their songs were released recently, it was thirteen years ago when a kid from Jersey flew to the motherland and met a kid from Korea, making beautiful music together which reached the sky. 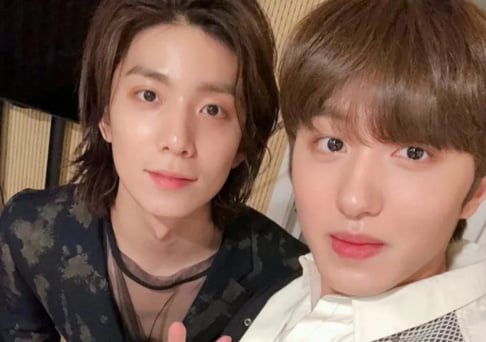 The verdict reducing Seungri's prison sentence in half brings shock and anger
21 minutes ago   5   1,351 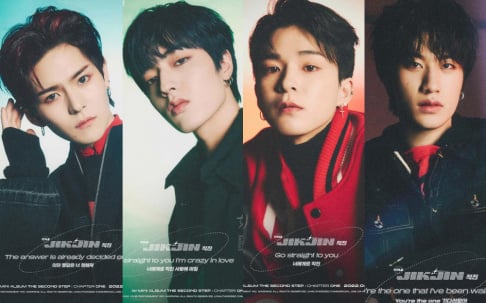 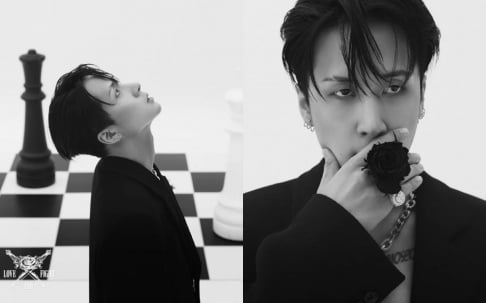 The military court has reportedly reduced Seungri's sentence to 1.5 years in prison during his final appeals trial
14 hours ago   129   18,847

TV personality Jonathan Yiombi garners praise as he reveals he will become a naturalized Korean citizen and fulfill his mandatory military service duty
21 hours ago   75   12,615

"Leave her alone," Korean netizens say people need to stop targeting Free Zia as she has been punished enough
2 days ago   88   35,047