Dowoon is stepping out as a solo artist!

"Out of the Blue" was not only written and composed by Dowoon, but he also participated in constructing the single's concept. The indie pop track has a shuffle rhythm and incorporates a range of musical influences, including genres like rock, swing, and jazz. For the music video, the song's hook, which shows appreciation for taking things slow, comes to life with playful animation featuring characters walking down the street.

So proud of Dowoon!!! From a shy drummer that preferred to focus on drums, now he's taking his steps to progress more in singing and song writing. As a My Day, proud is an understatement!😭❤️

Mask brand which previously privated Kim Seon Ho's advertisements has put them back up
7 hours ago   54   34,282

Girls' Generation's Taeyeon personally responds to recent reports naming her as a victim of a real estate scam
7 hours ago   23   25,527

Netizens once again discuss their conflicting thoughts on IU & Kai's chemistry in their pictorials
9 hours ago   30   27,958 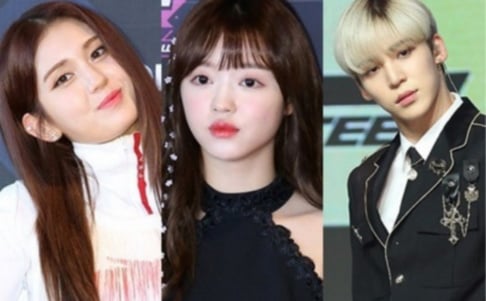