Bolbbalgan4 has dropped her live video for "Atlantis Princess" for the 'Our Beloved BoA' project.

Bolbbalgan4's cover of BoA's 2003 track "Atlantis Princess" is the second release from SM Entertainment's special album 'Our Beloved BoA', which is dedicated to the artist's 20th anniversary. In the live video, Ahn Ji Young sings her rendition of the song in front of beautiful stained glass.

Check out Bolbbalgan4's "Atlantis Princess" above, the original by BoA below, and EXO Baekhyun's remake of BoA's "Garden in the Air" here if you missed it! 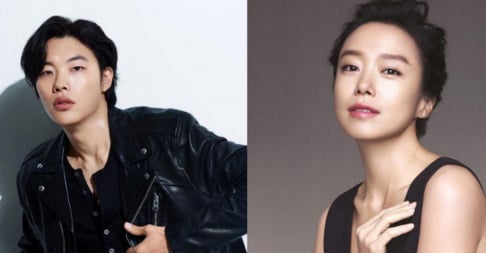 So Ji Sub and his wife make their first public appearance together after their marriage
2 hours ago   2   7,795

Lee Seung Gi's side claims he invested in the Cheongdam-dong building while Hook Entertainment says he didn't
3 hours ago   3   4,025

BLACKPINK's Jennie represents Korean traditional beauty in a modern way with a memorable outfit during the 'BORN PINK WORLD TOUR'
1 hour ago   2   1,214

Red Velvet is being praised for looking like real-life mannequins
1 hour ago   1   2,254

Nine members of LOONA reportedly working to suspend their exclusive contracts with Blockberry Creative
16 hours ago   89   41,214

BlockBerry Creative states that if Chuu wishes to prove her innocence, she should be the one to provide 'evidence'
21 hours ago   126   48,918