On July 18 at midnight KST, ATEEZ released the performance preview for "INCEPTION".

ATEEZ is seen dancing in an abandoned factory as they appear wearing black and white attire. They dance the choreography powerfully and end the performance as they face back.

ATEEZ has been releasing teaser posters previously and had fans vote which song they would like for ATEEZ to perform. This was a new activity that fans can get more involved in the artists' promotion. Fans will be able to vote which performance video they like better at ATEEZ's official voting site.

Their album will be released on July 29th, 6 PM KST. Stayed tuned for more previews and teasers.

Not gonna lie for some reason I really like this sexy vibe....and the first part with yeosang and how he is falling slowly due to Everyone pushing him is just *chefs kiss* perfection!

Also about this hair thing since its getting way outa hand...KQ honestly is the first company that Ive seen to respond about this issue I know like less than 2-3 yrs ago dread locks were a thing in K-Pop artist like haha, Kai and even Taeyang used to sport them often...with not such a Big backlash as this ..Im not sure if its due to the current racial climate. I think once we continue to educate and the company gets it it is fine....I cant say the same for other companies . but bullying hongjoong ...antis were trending hongjoong deaththreats and asking him to leave the group over what exactly ?!? Anyways atinys lets band together and work extra hard for this comeback !! More than ever they need our support !

#BoycottNCTVoting trends on Twitter Worldwide as fans are against voting for the members for NCT's next promotion
23 hours ago   152   75,576

AKP BUZZ
Police will install 71 surveillance cameras in Ansan due to the return of the infamous Cho Doo Soon but citizens are still not satisfied
20 hours ago   53   16,849 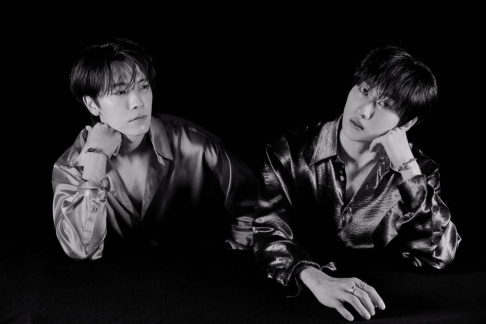 SM Entertainment confirms SHINee's Key will be discharged from military service next month
5 hours ago   1   1,539