Kang Sung Hoon has been caught bad-mouthing other idols with his fans.

On May 12 KST, a video titled 'Absurd Remark 1' spread quickly online as it showed the former Sechkies member criticizing the outer appearances of present-day idols. In the video, Kang Sung Hoon is seen sitting down on a table casually and chatting up with his fans.

The conversation, as heard from the video, reads:

fan: It's fine the way you are now~

KSH: Hey, but I think idols these days are ugly.

KSH: How can I reveal who it is? There hasn't been a single good-looking idol since TVXQ. Really.

fan: Oh, then how about BTOB, whom you met last time?

KSH: How can I say this now, that they are the ones?

KSH: (They) are all definitely ugly. When I produce (my own idols), I'm going to choose them based on their looks. I mean, don't you think they should be quite handsome, given that they are celebrities? With good skin? With some aura? No? Ah...I'm not that active these days, so I lost a lot of that aura...

A majority of netizens who encountered this video expressed shock to both Kang Sung Hoon and several of his fans for agreeing to such derogatory comments. Some reactions include:

From the online community above, fans expressed shock with such comments verging on humor, as many were already judging from Kang Sung Hoon's previous problematic incidents.

wow, the only ugly thing here is this guy’s personality and mindset... the fact that the fan just agreed with him too says a lot more about their characters.

oh for fuck's sake, Hoony. you had it all, but you just had to destroy it over and over again. 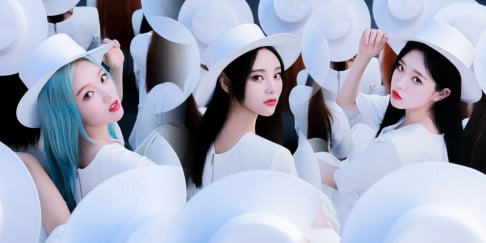 BLACKPINK Jennie's "Solo" MV has been certified Gold by QQ Music in China. She is the first K-pop female artist to have an MV Certification on the platform
21 hours ago   5   3,633