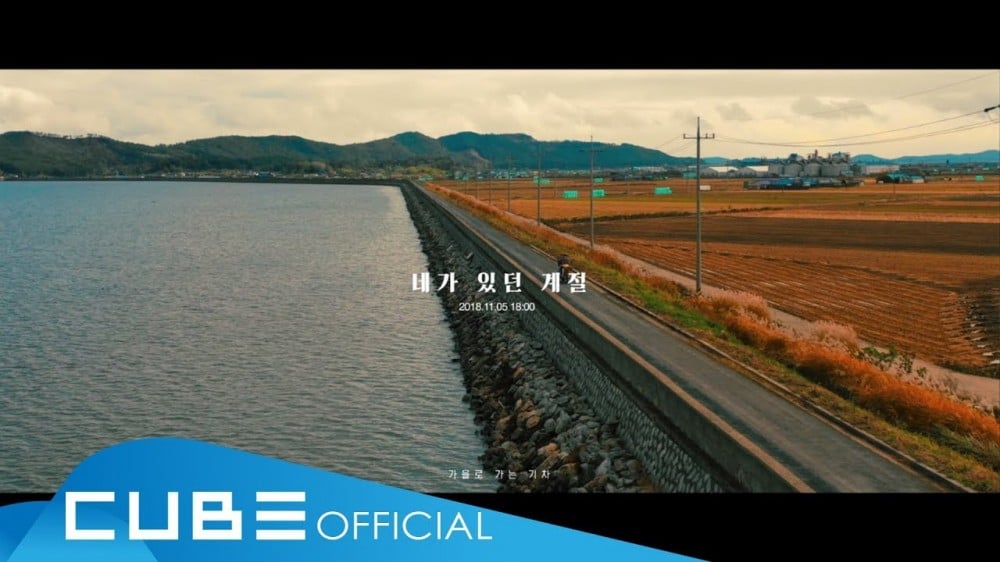 A Train to Autumn released a debut MV teaser.
Earlier, Cube Entertainment announced their new artist is making a debut this month with the digital single "The Season You Were In," containing lyrics by Pentagon's Kino.
A Train To Autumn is a ballad group. Their debut single will kick off a 5-part series about the topic of farewell. Back in July, A Train To Autumn released a remake track "A Watercolor Of A Rainy Day" featuring a duet between a male and female trainee. But this time, it seems that Cube Entertainment has newer voices hidden behind the veiled group.
You can pre-listen to their stellar vocals in the sentimental MV teaser above. The full release is coming on November 5.
Share this article
Facebook
Twitter
2 6,177 Share 92% Upvoted

the location is so beautiful

Girls' Generation's YoonA uploads a special dance cover of BTS, EXO, NCT 127, and Seventeen to celebrate her birthday
15 minutes ago   2   849

Shinhwa's Dongwan encounters another sasaeng incident at his home, will be taking strict action against sasaeng fans who trespass on his property
44 minutes ago   1   676

BTS Jimin officially became the FIRST and ONLY soloist in South Korea to have 4 songs surpassing 50M on Spotify!
5 hours ago   11   1,164

"Bittersweet" a jewellery brand uploaded BTS Jimin's photo on Instagram after he was spotted wearing their brand.
9 hours ago   6   5,255