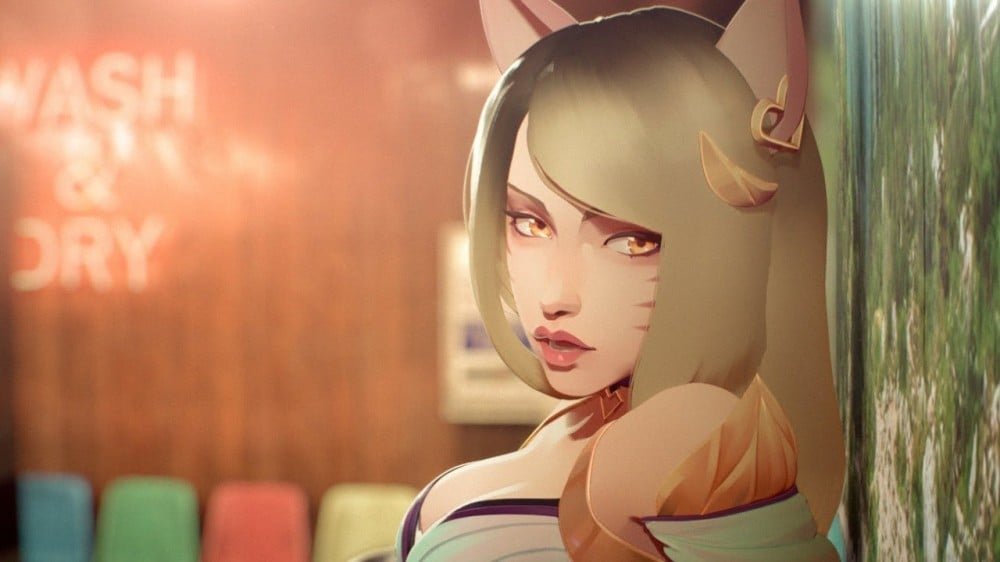 (G)I-DLE and 'League of Legends' have dropped a collaboration music video 'POP/STARS' by the animated girl group K/DA!

The world of K-pop and gaming have collided once again with an official collaboration MV from popular Riot Games MOBA 'League of Legends'. K-pop group (G)I-DLE, Madison Beer, and Jaira Burns are the voices behind the animated girl group K/DA, which is made up of 'League of Legends' characters Ahri, Evelynn, Kai'Ssa, and Akali.

New in-game skins are also being released for the special collab track, and the song will be officially released digitally on November 4. Check out K/DA's MV for their debut track "POP/STARS" above!

Kai'Sa* atleast properly write the name of the characters.

this is really good. I wish they'd promote this, what a sick stage it would be.

Jeon So Min clarifies that she has been impersonated in the 'Running Man' chatroom
2 hours ago   2   18,417

Super Junior K.R.Y. is ready for their first mini-album with Kyuhyun's teaser images
1 hour ago   3   506

Jeon So Min clarifies that she has been impersonated in the 'Running Man' chatroom
2 hours ago   2   18,417