"Forced to drink urine," A school commissioner says real-life bullying is much worse than what's depicted in 'The ﻿Glory'

In particular, viewers were appalled when they discovered that the hair iron scene was based on actual events. But recently, a school commissioner shared, "The scenes of school violence (in the drama) were so shocking to the viewers, and some might have doubts but that they reenacted events that happened in reality and it is setting an alarm and raising awareness against school violence."

The commissioner continued to say, "It's worse in reality," and shared that countermeasures are urgently needed because there have been cases of severe school violence even recently.

In an interview with MBC Radio's 'News High Kick' on January 11, Choi Woo Seong, a school commissioner in charge of school violence at the Gyeonggi Suwon Office of Education, confirmed that 'the hair iron' scene was based on an actual incident of bullying that happened at a middle school in Cheongju in the past.

At the time, the media reported that a group of middle schoolers led by Kim (aged 15 at the time) assaulted 'A' (age 14) for approximately 20 days. It was reported that 'A' was beaten with a baseball bat and burned with a hair iron on her arms and chest area.

Commissioner Choi Woo Seong explained further, "The victim at the time suffered severe burns and a protruding tailbone, requiring 5 to 6 weeks of hospitalization." He continued, "The perpetrators also confessed they would punish the victim by ripping off the scabs that had formed on her scars," and stated the actual bullying was much worse in real life.

He shared, "The School Violence Act was enacted on January 29, 2004, and enforced on July 30 of the same year but the Cheongju hair iron incident occurred in 2006. So the leader of the group of bullies threatened the victim to not tell anyone the perpetrator's name or the name of her school."

He expressed his deep remorse as there were much worse bullying incidents, such as the Yangsan Girl's Middle School Assault Case, the Cheonghak-dong Dormitory Cruelty Case, the North Gyeonggi Snow Bed Sexual Assault Case, and more.

The Yangsan Girl's Middle School Assault Case occurred in 2021, and a group of perpetrators assaulted a middle school student of foreign nationality. The bullies recorded the assault and distributed it on the internet. The Cheonghak-dong Dormitory Cruelty Case occurred in 2020 when a group of girls tortured another victim by inserting foreign objects into the victim's body and making her drink urine. North Gyeonggi's Snow Bed Sexual Assault Case is the most recent incident that occurred in January of 2022 when a 13-year-old boy lured and molested a 9-year-old girl on her way home. He went on to sexually assault the young girl on a block of snow that he had pre-made to look like a bed.

Commissioner Choi stated, "In all three cases, some of the perpetrators or all of the perpetrators were juveniles under the age of 14, so there was a limit to punishing them." He expressed his concerns in regard to the age limits of the juvenile justice system and the delinquency prevention act by saying, "I agree that (the perpetrators) are getting younger and their crimes are more sophisticated and violent, so I agree that the standard age limits should be gradually lowered." He added, "At the same time, we as a society should put the effort to edify and prevent such acts in the first place."

Juvenile delinquents are children from the ages of 10 to 14 who have committed a crime but are subject to protection. These juvenile delinquents are given a light sentence of community service or sent to juvenile detention instead of given criminal punishment. The government passed a bill at a cabinet meeting in December of last year to lower the upper age limit for the juvenile justice, and delinquency prevention act from 14 to 13 as criticisms of the issue boiled over.

'The Glory' is a Netflix drama depicting the story of a school violence victim who seeks revenge against the perpetrators after becoming an adult. The drama has garnered worldwide attention and popularity, ranking #1 on Netflix in many countries. 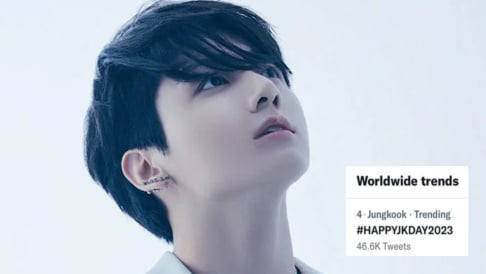 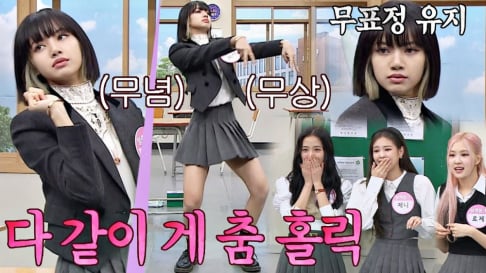 Must Watch "Ask Us Anything" Episodes

A 13 year old boy molested a 9 year old girl???? Bruh wdf is happening. The parents of that boy should be investigated too

Unfortunately, it won't change in South Korea because kids know they won't get punished. In the UK, kids can be punished by law for certain crimes they commit on students, for example: Physical Assault, Sexual Assault, Theft, Criminal damage, malicious texts/emails/calls and defamation/harrassment. However, you do that in South Korea and you still won't get punished (students have committed those crimes before and only got suspensions). South Korea needs to start being harsh on bullying. Enough with the "They're just kids" mentality.